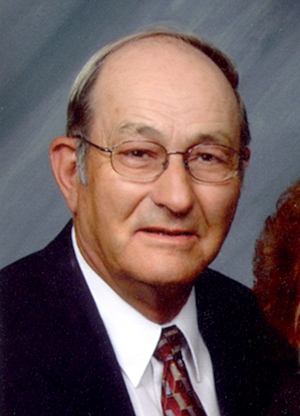 ALDEN, Minn.—Paul Lobb, former pastor, Regular Baptist state representative, and camp director, died on the morning of April 16. He is “living proof that God can take our small acts of service and turn them into mighty works that bring glory to Him,” reads a tribute to Lobb when he was given a GARBC Service Award in 2008.

Paul was pastor of Unionville (Iowa) Baptist Church from 1963 to 1973. For the first few years of his pastorate, he also ministered at Mount Ararat Baptist Church near Centerville, Iowa, as part-time pastor, holding Sunday early-morning services and Thursday night prayer meetings. At the Unionville church, he filled many roles, including Sunday School teacher, choir director, youth director, and worship leader. In addition, he kept the coal furnace stoked with fuel and did all of the office work, and his whole family cleaned the church and participated in services at a nursing home.

During his pastorate in Unionville, Paul took correspondence courses from Moody Bible Institute. And when he was ordained, the council highly recommended him, saying that he was more knowledgeable than some Bible college graduates.

Paul next ministered at Prairie Flower Baptist Church, Washington, Iowa, for five years and then Lakeland Baptist Church, Gilbert, Minnesota, for seven years. Northern Minnesota became home for the Lobbs, with Paul traveling back to Iowa to serve on the board of Faith Baptist Bible College and Theological Seminary.

After leaving his ministry in Gilbert, Paul was state representative of the Minnesota Association of Regular Baptist Churches and director of Bass Lake Camp from 1985 to 2000. “The Lobbs made the Lord’s service look attractive to camp staffers by having joy in the midst of doing mundane activities such as cleaning toilets or pulling weeds,” reads his GARBC Service Award tribute. “The staff’s lives were touched by the faithfulness of Paul and Edwina Lobb during early morning devotions as they discussed the book of Proverbs and during late night meetings in the camp office. The Lobbs’ positive influence on camp staffers spans the globe in Colombia, Israel, Brazil, South Africa, and the United States, as former staffers serve as missionaries, pastors, and pastors’ wives.”

Retired from the position of state representative, Paul, with his wife, Edwina, ministered short-term overseas. In New Zealand he provided field relief for Baptist Mid-Missions missionaries Art and Deb Brammer, and in Peru he participated in the Field Council Missions Conference and taught at conferences and family camps. He later served as a Bibles International representative for Baptist Mid-Missions in Minnesota, North and South Dakota, and Wisconsin. Paul was a member of Faith Baptist Church, Albert Lea, Minnesota.

Paul was preceded in death by his son Mark on Jan. 7, 2013. Survivors include Edwina; their children Marlaine, Timothy, and Terri; and nine grandchildren.