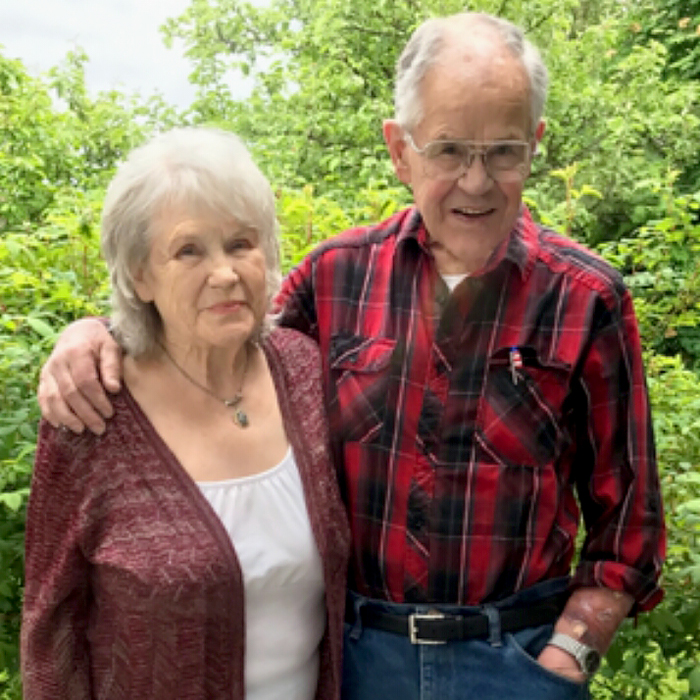 ANCHORAGE, Alaska—Paul and Esther Weimer, church-planting missionaries in Alaska, died within four days of each other: Esther on Aug. 15, and Paul on Aug. 19. They were both 87 years old.

Paul and Esther grew up in New York—Paul in Elmira, and Esther in Vestal—and met at Baptist Bible Seminary in Johnson City. They moved to Alaska in 1954 and, with Baptist Mid Missions, helped plant eight churches. Their last church plant was Dimond Boulevard Baptist Church in Anchorage. When that church became self-supporting in 1983, Paul resigned from BMM to become the pastor of Dimond Boulevard Baptist but served on BMM’s general council for a number of years. He retired in 2000.

In addition to her role as pastor’s wife and missionary, Esther was a counselor and mentor at a crisis pregnancy center in Anchorage.

Turning south out of Anchorage, Paul Weimer flies his Piper Cub PA-12 past the Chugach Mountains in 2003.

In 1958, while the Weimers were on furlough, Paul earned his pilot’s license. About 30 years later, when he was practicing a flyover, his plane crashed into a frozen lake near Anchorage. “By God’s grace, he survived the night and was rescued by a helicopter crew 22 hours later,” the Baptist Bulletin reported in January 2004. Paul said, “After I was returned safely, all the searchers were there waiting. And when we get to Heaven, we will see others around us who had a part in our salvation. I look forward to that day, but I wouldn’t trade my life with the Lord for anything.”