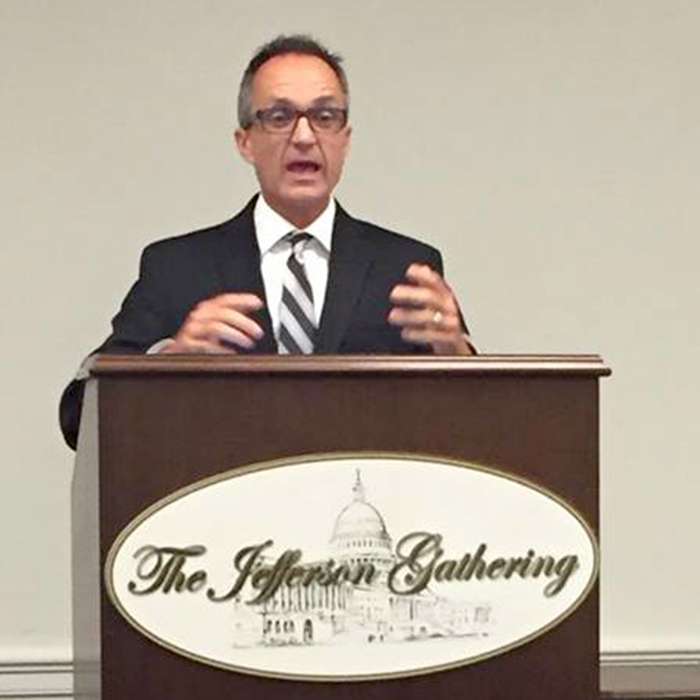 OSWEGO, Ill.—Pastor Scott Poling says he was “honored and humbled” to open the House of Representatives in prayer, as well as preach in the Capitol Building in Washington D.C.

In his prayer to open the House of Representatives session July 28, he desired to “sincerely lift up the leaders of this nation, for whether they recognize it or not, they desperately need God’s wisdom and strength.”

Poling is pastor of Harvest New Beginnings, where Congressman Randy Hultgren attends. Thanking Poling for offering the opening prayer, Hultgren said at the start of the session, “[Scott Poling’s] passion for evangelism and outreach is contagious. Those touched by his ministry have seen firsthand his energy and passion for people around the globe. . . . We praise God for how your ministry has affected so many, and our legislative work is blessed by your prayers over us today.”

Poling calls Hultgren not only “a respected leader and a part of our church family,” but also “a committed brother in Christ and a true friend.”

On July 26, Poling also preached in the Capitol Building during a worship service known as the Jefferson Gathering. This service for and hosted by Congressional members and staff “dates back to the early 1800s, when Thomas Jefferson would ride his horse 1.6 miles from his home in any weather to attend services at the Capitol,” Poling explains. “Restarted in recent years, it is now held on Wednesdays, as many Congressmen fly home over the weekend.” Leaders of the Jefferson Gathering say it is “always a joy to have America’s pastors in our services.”

“Many don’t realize the work God is doing in Washington,” Poling says. “There are over 100 Congressmen in Bible studies and prayer every single week. There is actually a prayer chapel in the Capitol Building, and at times there have been over 60 Congressmen packed in there calling out to God in prayer. There is also a National Prayer Caucus of which Randy serves as co-chair.”

Poling reminds people to pray for our nation’s leaders, for “they carry a heavy responsibility, face much criticism, [and] are separated from their families for weeks at a time as they travel back and forth to the nation’s Capitol.”