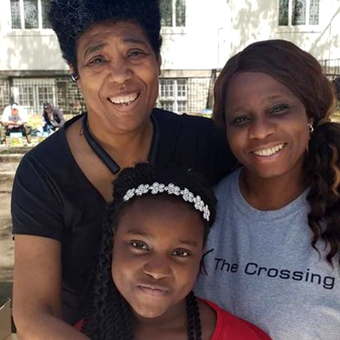 Martha’s Kitchen (named after the mother of its president, Maria Doleman) aims to “remedy the physical and emotional hunger of those in need in a dignified and supportive manner. We take a comprehensive approach in providing and supporting services that alleviate not only hunger, but the structural causes of hunger,” says Pastor Tony Lawson.

To meet a variety of needs, no matter where the recipients are in life, Martha’s Kitchen provides a broad range of services, including distributing food and clothing, getting to know people and listening to their problems, and providing information and resources. “Each location in our network has customized its program according to the needs of its community,” Tony says. And at each location, these services give the staff opportunities to pray with people and share the gospel.

Last year, the first year of ministry for Martha’s Kitchen, “we cared for 3,000 folks, and just in our first eight months of this year we have surpassed that number,” Tony says.

Damascus Road Community Baptist Church began in 2018 and joined the GARBC this year.