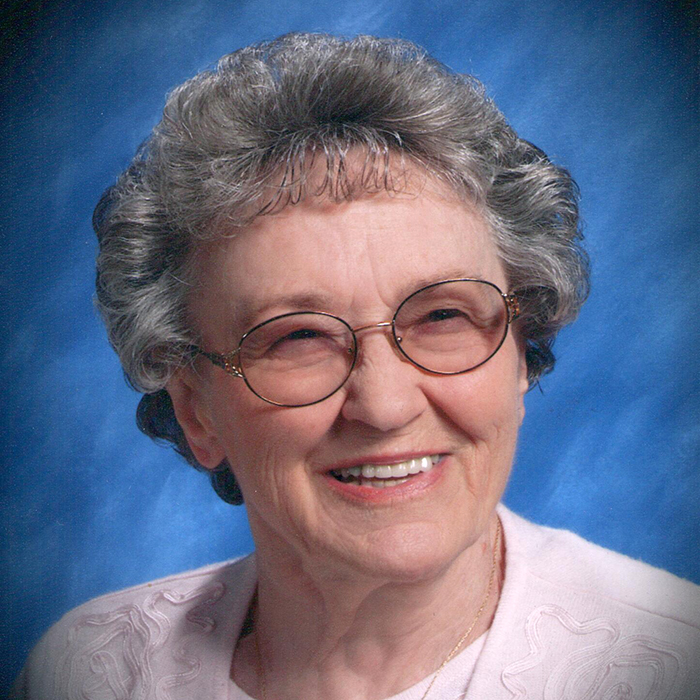 Peggy graduated from Philadelphia College of the Bible in 1950. The message she wrote for the yearbook reflects the emphasis of her life: “The most commendable thing one can do is ‘believe on the Lord Jesus Christ.’ And let Him live out His life in you.”

She and Doc were married in 1953. Accompanying him, she set up their home wherever the Air Force assigned him as a chaplain, except when he was assigned isolated tours to Alaska and Korea. She enjoyed her role as a chaplain’s wife, teaching, leading Bible studies, and writing Scripture-filled letters to the families that attended the chapel on base.

Doc Ellison served as chairman of the GARBC Chaplaincy Commission for 18 years. In a 1995 tribute to Chaplain Ellison, John Murdoch wrote of Peggy, “She is as highly respected as Doc, and together they have effectively ministered to our chaplains and their families.”

Peggy was preceded in death by Doc, who died Dec. 30, 1999. She is buried with him at Arlington National Cemetery. Peggy is survived by their three children: Elayne Rosch, Skip Ellison, and Dan Ellison; eight grandchildren; and five great grandchildren.