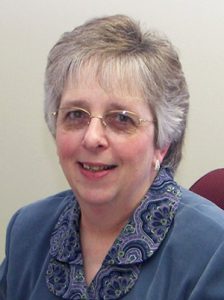 Karen dedicated her life to the Lord when she was a teenager and promised that she would serve Him. When she was a young teen, she began teaching children’s Bible classes, and that planted the seeds in her heart for lifelong ministry. In 1971, during a Christmas break in Bible college, she married Michael Peck, whom she had met in third grade. For 31 years Karen served as a faithful pastor’s wife in New York, and since 2001 she and Michael served with Baptist Church Planters. From 2005 to 2014 Karen was the director of Baptist Church Planters’ JOY Club ministry for children age 4 through sixth grade. She was a gifted children’s teacher and ladies’ speaker.

Throughout her two-year battle with cancer, Karen became known as the “win-win” lady. She shared with many that either she would be cured of the cancer and would have more time with her family, which would be a “win,” or she would go Home to be with the Lord, and that really would be a “win.”

She was preceded in death by two sons, Jeffrey and William.

She is survived by her husband of 45 years, Michael; their children, John, Jo-Ann, Jean, Jeremy, Melissa, Rachel, Jay, and Wally; 12 grandchildren; two great-grandchildren; and many foster children the Pecks have cared for.

Next post Renovations Are Under Way in Niles, Ohio