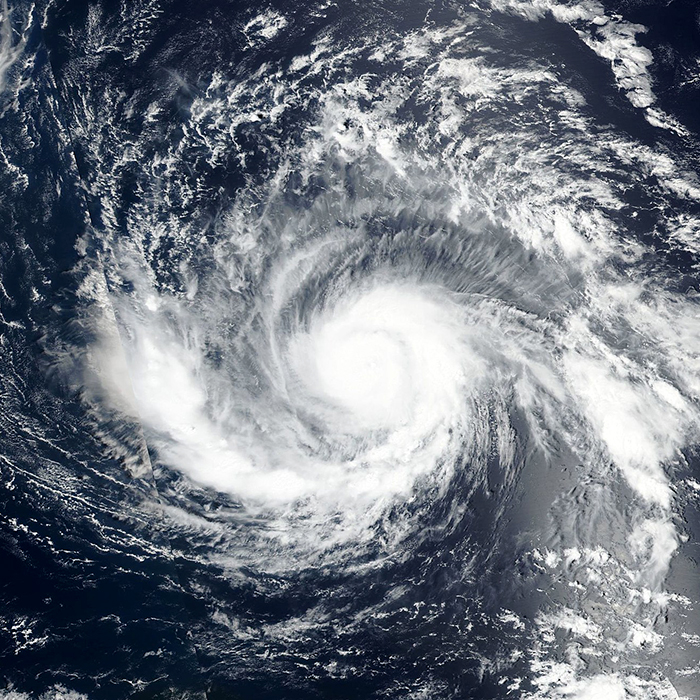 Regular Baptist Builders Club is watching Hurricane Irma as it gains strength and bears down on the 44 Florida GARBC churches in its path. Sunshine Baptist Fellowship Council Chairman Jim Stultz says he is watching the storm and is concerned about several south Florida churches that could suffer damage.

Ambassador Baptist Church in Miami is the southernmost GARBC church on the Florida peninsula. Pastor Manny Ryall says that his church canceled Sunday and Wednesday services because of the storm and has been taking precautions to protect the church building. “We got shutters installed all around the windows this week, and we have been moving some things higher, and we have been trying to cover some of the electrical,” he says. “We are trying to do the best we can.”

Pastor Ryall, who has been serving at Ambassador Baptist for two years, said the church was hit in 1992 when Hurricane Andrew—another Category 5 storm like Irma—struck. “This is probably the first significant hit that we are preparing for since then,” he says. The church has been contacting its members in advance to make sure they are okay and have what they need. For members who are riding out the hurricane in town, the church also plans to contact them after the storm to see if they are okay.

Faith Baptist Church in Vero Beach is 160 miles north of Miami on the Atlantic Coast, and many of its members are leaving town before the storm. Pastor Bert and Sallie Wilson have been busy packing their car to evacuate. The Wilsons plan to head south to check on the church and then to their daughter’s home in Mississippi to ride out the storm.

The Vero Beach church has canceled its Sunday services and turned its facility into a shelter for its attendees. “They have nowhere to go,” Pastor Wilson says of the mostly retired seniors who will be riding out the storm there this weekend. The cement block building has heavy steel windows and doors that can withstand 120 mph winds. “And then we put plastic storm stoppers on top of that,” Wilson says. “We have done everything we can do at this point to stop something from penetrating it. In addition, the church’s food pantry is well stocked for the guests. They are good for two weeks with all kinds of food in two refrigerators, and one man is bringing a generator so that they can have electricity after the storm.” Darvin Wheeler, one of the church’s trustees, will be staying in the church along with a retired doctor and a nurse from the church to help care for people with health issues. “A lot of our people are elderly and we have two ladies who have had major hip surgery, and they can’t evacuate,” Sallie Wilson says. “But we feel that they will be well taken care of.”

Pastor Wilson is no stranger to hurricanes but says he feels differently about Irma. “I’ve been through 11 hurricanes in my life, but I’ll be honest, this one scares me,” he says. “I’m afraid a lot of life is going to be lost.­­­­­” He and his church are praying that God will protect the church and the members. “We are trusting the Lord to bring us through. We are safe in His hands, but we can’t be foolish either. I believe He will take care of us.”

Like other churches, Broadview Baptist Church in North Lauderdale is closed up and services have been canceled. “People here are used to this,” says Pastor Jeff Snyder. “Everyone has their storm shutters up, their hurricane supplies ready, and are all hunkered down just waiting for the storm.”

Pastor Snyder says the church lies 15 miles from the Atlantic coast and is fairly safe from a storm surge, but past storms have done some damage. In October 2005, the eye of Hurricane Wilma came right over the church and tore off the rolled roofing in three pieces. “This storm is not our first, and we’re hoping it’s not the strongest,” he says.

Jeff and his wife, Debbie, are currently on the west side of the state in a home in Cape Coral, where they plan to ride out the storm. “If the church is still in one piece when we get back next Tuesday, we might be able to help out some folks,” he says.

Pastor Snyder has offered his church and parking lot to Regular Baptist Builders Club and Baptist Mid-Missions as a staging site for work crews after the storm. The church annex building has showers and a kitchen that could accommodate workers who might help people affected by the storm.

At the Maranatha Village retirement community in south central Sebring, Receptionist Secretary Jeanne Mullineaux says that Maintenance Supervisor Steve Milligan has been working all week with staff and volunteers to prepare for Hurricane Irma. Maranatha Village, led by Village Administrator Jerry Webber, has approximately 150 residents whose homes are in the path of the storm. The work crew has been putting down awnings and picking up lawn ornaments, flowerpots, and anything else that might become a flying object. The main concern right now is wind. “If we get wind above 80 mph, it is going to be devastating,” Jeanne says.

Mullineaux’s responsibilities include making sure that all the residents in the mobile home park have been placed in more secure block building apartments. She has been placing elderly singles in apartments with other single residents during the storm. “We try to place everyone with a buddy so that they are not alone,” she says. Also, Jeanne keeps track of relocated residents in the event the situation becomes a search and rescue. “We have a list and we know where they are.”

Serving at Maranatha Village for 15 years, Jeanne is familiar with another hurricane that hit Maranatha Village. Coincidentally, in September 2004 Hurricane Jeanne, same spelling of her name, struck on her birthday, and she spent the day alone sheltering in the innermost room of her home. “That would be the bathroom,” she says.

By Friday morning, most of the preparations for the storm for Hurricane Irma were complete. “We are going to hunker down and ride it out” has been the phrase of the week at Maranatha Village. Jeanne says, “We are as ready as we can be. The rest is in the Lord’s hands.”