Dr. William Fusco, a well-loved preacher and gifted communicator of the Word of God, died Feb. 14. He was 91 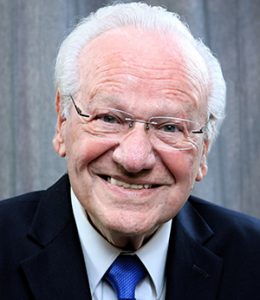 BEREA, Ohio—Dr. William Fusco, a well-loved preacher and gifted communicator of the Word of God, died Feb. 14. He was 91.

Following his pastorates, Dr. Fusco ministered with Baptist Mid-Missions, first as a missionary to Italy and then as the western deputation representative. Arriving in Italy in 1955, William and Lorene Fusco made an impact in the city of Salerno that continues today. “In spite of vigorous opposition,” says Baptist Mid-Missions, “a small group of converts began to meet regularly in the Baptist Hall, which opened in 1957. That group of believers continues on today without missionary leadership.”

In 2009 the GARBC honored Dr. Fusco with a Service Award during the association’s national conference in Elyria, Ohio. The award is given each year to individuals who have faithfully served in their various ministries. At that time, Pastor Tom Alexander described Dr. Fusco, whom he had nominated for the award, as having “a pastor’s heart, a warm and gracious personality, a ready smile, and a keen sense of humor.” Dr. Fusco, Alexander said, was “a godly role model for all who have had the privilege of knowing him.”

Dr. Fusco was preceded in death in April 1981 by his wife, Lorene, whom he had met while they were students at Moody Bible Institute.

He is survived by his children, Judith, David, Ruth Muto, and Daniel; 13 grandchildren; and 13 great-grandchildren.

Posted in Ministry Highlights, With the Lord on February 16, 2017.

Next post Jump Starting Teens for Service in the Church