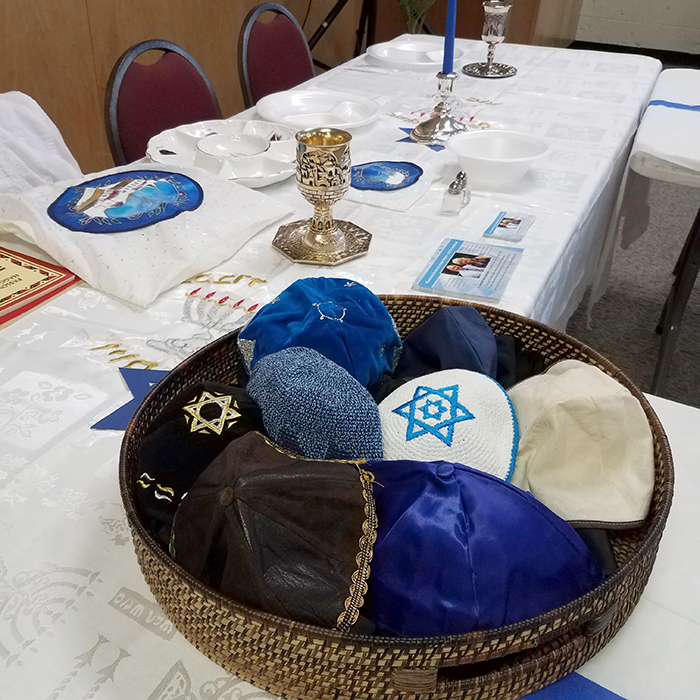 DUNKIRK, N.Y.—First Baptist Church celebrated the Jewish Passover Seder on Good Friday. Another church and guests from the community joined First Baptist in hearing the redemption story and better understanding the Messianic message of the Passover.

Taking the role of elder, special guest Ken Meyers of His Land Israel read from the Jewish Haggadah, with Mark Massaro, pastor of First Baptist, and his family sitting around a table as a traditional Jewish family would. The Massaros’ youngest son, Jack, asked the four questions following “Why is this night different from all other nights?” The prayers and symbols help answer those questions.

The attendees took part in the symbolic elements of the Passover, rehearsed prayers, sang in Hebrew, and then enjoyed a full meal just as Jewish families around the world were celebrating the Passover on the very same night.

Ken Meyers has been in ministry since 1954, including working for the radio programs “Israel My Glory” and “Message to Israel,” teaching in seminaries and churches on God’s purpose for the nation of Israel, and leading trips to Israel.