Governments can use the powerful apparatus of civil censure to force people to behave as if a relationship between two people of the same sex were a marriage. But it is not and it never will be. 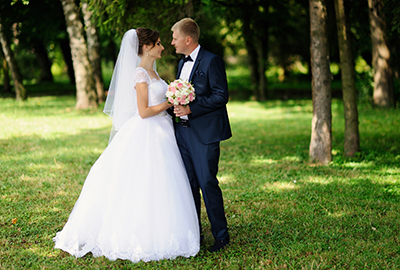 The Supreme Court of the United States has heard the case of Obergefell v Hodges, in which the core contention is that marriage between two people of the same sex is a constitutional right. The contention rests fundamentally upon the assumption that civil governments have the right to define marriage. But do they?

Few people wish to deny that civil authorities should be concerned with marriage. Marriage has formed the basic family unit in virtually every significant civilization, and family has been the foundation upon which those civilizations have been erected. Therefore, states have an interest in both encouraging marriage and ensuring that marriages are recognized in an orderly manner. They may and should specify procedures for solemnizing and recording marriages.

At some point, states also have a right to say who may not marry. Laws that prohibit siblings from marrying are good. So are laws that require consent and that specify an age at which it may be given. These standards reflect the reality of marriage, but they do not define marriage.

Marriage is not what the state says it is. Marriage is marriage. When a government recognizes marriages for what they are it is operating within its purview. When a civil authority claims the right to define other sorts of relationships as marriages, or when it defines real marriages as if they were not marriage, then it has arrogated powers that can never rightly belong to it. Because the state’s definitions are always backed by the threat of force, the result is tyranny.

No relationship between two people of the same sex will ever be a marriage. No government has the power to make such a relationship into a marriage, any more than it can turn a cabbage into a king. What the state can do—and what many states have now done—is to engage in a pretense. Governments can use the powerful apparatus of civil censure, complete with the threats of financial penalty and incarceration, and backed up ultimately by guns and bullets, to force people to behave as if a relationship between two people of the same sex were a marriage.

Advocates of marriage, however, find their position immeasurably weakened by one problem. Here it is: in America, the state has been redefining marriage for decades. For the most part, Christians have been complicit. They have either accepted the governmental redefinition of marriage, or else they have quietly backed away and allowed people to do what they wanted to do. No clear, Christian voice of protest has been raised in years.

Americans—including American Christians—have already ceded to the state the right to declare as non-marriage certain relationships that certainly were and are marriages. How have they given up this important point? They have permitted the state to pass laws that make divorce and remarriage as easy as changing the tires on a car.

To be sure, some (most?) Christians have always argued that God does permit divorce under certain circumstances. These circumstances are usually thought to be sexual infidelity and abandonment. Some Christians see one or the other of these as a legitimate ground for dissolving a marriage, while others accept both. In most cases, a legitimate divorce is assumed to imply the right to remarry.

The laws of the land used to reflect these grounds for divorce. A person who wanted a divorce had to be able to show in court that his or her spouse was guilty of unfaithfulness or abandonment (often cruelty was considered a form of abandonment). Even then, divorce came with considerable stigma.

That situation has been completely reversed. Christians still disagree as to whether the Bible grants any grounds for divorce, whether remarriages are legitimate, and whether remarried persons meet the qualifications for church office. But those debates are purely academic and intramural. They have no purchase upon the vast majority of churches, let alone upon American civilization as a whole.

As governor of California, Ronald Reagan signed into law the first no-fault divorce provisions in the United States. That was 1969. Now all fifty states offer no-fault divorce. The result is that no one pays any attention to the grounds under which a marriage actually can be dissolved. If one party wishes the marriage to end, then the state will declare it to be over. The divorcing party is no longer obligated to prove infidelity or abandonment (including cruelty).

A marriage is not constituted by a contract, but by a covenant. It is not merely a civil arrangement, but a reality that comes about through an oath. The violation of the oath may dissolve the marriage bond (that is debatable), but the mere decree of the state cannot.

Jesus made it clear that divorce, in the majority of cases, is a serious matter—particularly when it entails remarriage. He specified one circumstance under which divorce is possible (debate continues over precisely what that circumstance entails). The Apostle Paul may have specified another. Even if Christians were to accept the widest possible interpretations of these exception clauses, these provisions would still account for a minority of divorces today.

So where are the voices of the saints, denouncing the state for usurping the right to redefine marriage? Where are the sermons being preached and the articles being published against divorce as a redefinition of marriage? Where are the churches that refuse to accept unrepentant divorced persons as members—or, for that matter, who refuse to keep them out of public ministry and leadership? Where are Christians drawing a line over this issue?

Such voices are as scarce as truth at a political convention. Christians have for the most part simply accepted that sometimes marriage is not marriage. They have also accepted the state’s right to decide when it is not.

Why should God hear the cries of His people when they ask Him to stop the United States from authorizing same-sex marriages? These culture warriors have already accepted the state’s right to define marriage contrary to reality. They have even conceded the state’s flawed definitions in the workings of their own churches. No, if Christians intend to challenge the state’s right to create same-sex marriages, they had best begin with repentance of their own.