When My Heart Is Overwhelmed 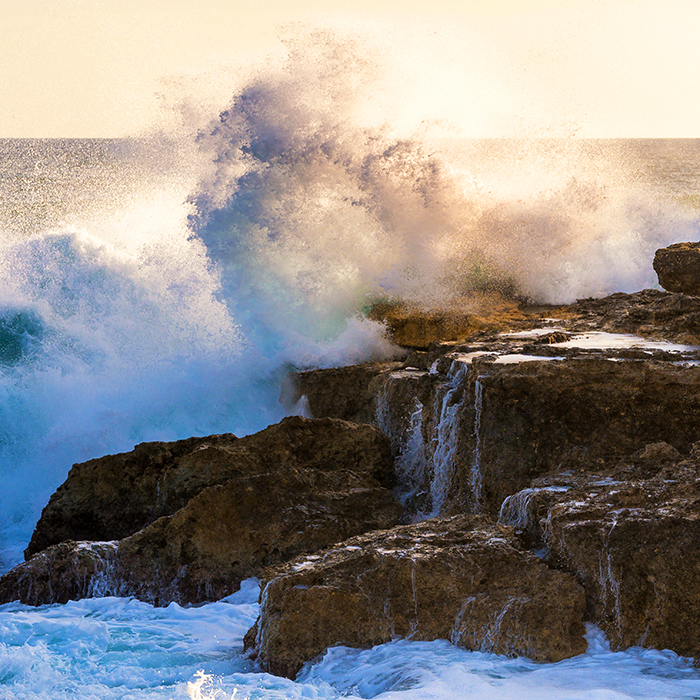 Have you ever been at a place where the pressures of life, the anxieties of your mind, or the burdens on your heart become overwhelming? For the Psalmist it wasn’t a matter of “if” he had been there or will be there, but “when” he would be there. Psalm 61:2b states, “when my heart is overwhelmed.” David, the human author of this God-inspired psalm, rightly recognizes that as we live life in this fallen world there will be times when our heart will grow faint and will be overwhelmed. But the good news is this verse doesn’t end with an overwhelmed heart.

“When my heart is overwhelmed,” David cries out to the Lord, “lead me to the rock that is higher than I.” One lesson King David learned was that even in his powerful position as a king, he as a man, was powerless to relieve the burdens of his heart. It is imperative for us to realize that when our heart is full of worry and anxiety, we are acting as if we are the “highest” person; and the temptation is to live like we have to solve all the issues we are facing. David’s humility in recognizing God is higher is vital to overcoming an overwhelmed heart.

Charles Spurgeon wrote, “I have learned to kiss the wave that throws me against the Rock of Ages.” I believe David learned this lesson as the waves pressing on his heart caused him to cling to the highest Rock! Psalm 61:3 gives David’s testimony of what He knew about the Lord when the pressures of life overwhelmed him. First, David declares, “For You have been a shelter for me” (v. 3a). David learned that the Lord was a refuge providing protection from the dangers of life. David didn’t just learn that the Lord was a shelter, but that the Lord was a shelter “for me.” He learned that the Lord was a personal shelter. A shelter is of no value to the person who doesn’t take refuge in it. Yes, the Lord is a shelter, but if one doesn’t trust in the shelter of His wings (v. 4), then he will be like a man standing in the rain with an unopened umbrella. I believe David took refuge in the shelter of the Lord’s wings by casting his cares upon the Lord through prayer. Psalm 61 begins with these words, “Hear my cry, O God; attend to my prayer.”

Second, David learned that the Lord was his strong tower (v. 4). This was not the first time that David had faced the enemies of peace in his heart. David knew that His God was a strong tower from the enemy when his heart was overwhelmed. In those days various cities would have a tower, a fortified elevated fortress, to provide protection for the lives of the citizens when they were being attacked by an enemy. In those moments of danger, the citizens trusted their very lives to the strong tower. In this Psalm, David describes the Lord as His strong tower. He believed that his very life was in God’s hands. He knew that if God would take care of prolonging his life and take care of his eternal life (vs. 6–7), then this God could be trusted to handle the situations that were overwhelming his heart.

David goes from an overwhelmed heart in Psalm 61 to a heart that is singing praise to the Lord and serving the Lord on a daily basis. How can we praise the Lord and persevere when we are tempted to lose heart and faint? Consider what happens when we come to the end of our own resources and we know we need the rock that is “higher than I.” We, through David’s testimony, can learn that God uses the “wave” of an overwhelmed heart to lead us to the Rock of Ages, the Rock that is higher than us!

Kevin Leary (MA, Piedmont Graduate School) is pastor of First Baptist Church, Hamburg, N.Y. This article was originally posted to the church’s blog and is republished here by permission.