When Is a Finger Just a Finger?

In the midst of many rather serious world events being covered in the news media, something that happened in an NFL preseason contest caused a bit of a stir. 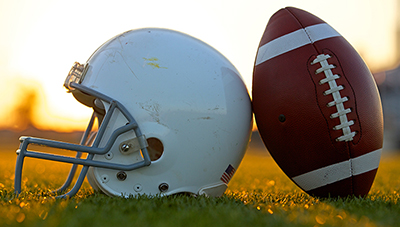 In the midst of many rather serious world events being covered in the news media, something that happened in an NFL preseason contest caused a bit of a stir. In the course of the game, a heralded quarterback prospect was taunted by the opposition, and responded by displaying an obscene gesture. The reaction was captured by the cameras, and subsequently displayed prominently in the broadcast, prompting national discussion for several days following. Columnist Leigh Steinberg observed that the gesture “reinforced the imagery of (the player) as a spoiled rebel, operating to the beat of his own drummer.”

Why did this action, as commonplace as it can be in many corners of Western society, draw so much attention from so many? The most obvious reason is that though it is understood to be a gesture that expresses scorn and contempt, it is also something widely regarded as obscene by society. Merriam-Webster identifies the term as “abhorrent to morality or virtue; specifically: designed to incite to lust or depravity.”

The history of the offensive nature of the gesture dates back to the first century. From the days of ancient Rome and Greece, the gesture has been connected with insulting and indecent connotations. Kevin Bauder explains the power of connotation:

What connotation does is to force us to adopt a particular perspective toward the thing that is under consideration. It inclines us to perceive the thing in a particular way. This should come as no great surprise to those who understand that our grasp of reality is never purely independent, abstract, and factual. There are no brute facts. All of our knowledge concerns a reality that is always and everywhere already interpreted.

Participation in society for any length of time gives us the basic tools one needs to identify a display like the one in question as offensive and objectionable. For the Christian, we understand that while no words may be spoken, something is nevertheless communicated—the kind of communication Paul warns us of in Ephesians 5:3 and 4:

But fornication and all uncleanness or covetousness, let it not even be named among you, as is fitting for saints; neither filthiness, nor foolish talking, nor coarse jesting, which are not fitting, but rather giving of thanks.

While no words are uttered, meaning is nevertheless conveyed… and in this case, the meaning communicated is one that is inherently vulgar, degrading, and disgraceful, both to the person employing it as well as the one to whom the gesture is intended towards. Proverbs 11:12 supports the conclusion of the sports columnist cited earlier: “He who is devoid of wisdom despises his neighbor, but a man of understanding holds his peace.”

The offensiveness and crudeness of the display is one few would debate, and certainly would not be among the vast majority of our constituency. As we consider the process by which we conclude that the gesture is objectionable, however, we should consider the implications of that process on other forms of communication we employ as Christians. Does something need to be clearly identified by chapter and verse in Scripture to be considered “off-limits” for the one who has purposed to be an “imitator of God” (Ephesians 5:1)? Can cultural forms and mediums carry with them a subjective connotation to such a degree that they should be considered beyond redemption and inappropriate for the conduct of a Christ-follower?

The specific answers to such considerations extend beyond the scope of this commentary. Suffice it to say, just as a finger extended can communicate vulgarity, scorn, and contempt, absent from any verbal utterance, so must we consider the manner in which we communicate as Christians in our own cultural context. As a gesture can cement a reputation, our communication often can convey more than the words we might attach to them. What do your choices say about you and the Savior you serve?

Next post WHEN IS A FINGER JUST A FINGER?