World News April 3: For the first time, the U.S. military has hosted an event specifically for atheist and agnostic soldiers at Fort Bragg in North Carolina. Read more about this and other world news. 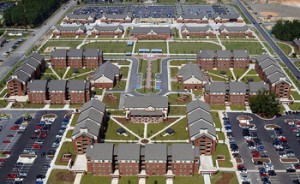 For the first time, the U.S. military has hosted an event meant for atheist and agnostic soldiers on the grounds of the Fort Bragg Army base in North Carolina, reports The Christian Post. Prominent British atheist Richard Dawkins was a speaker on Saturday. “We’re never antagonistic toward religious believers, we’re antagonistic toward religious belief,” he claims. “There is no good, honest reason to believe in a god or gods of any kind, or indeed in anything supernatural. The only reason to believe something is that you have evidence for it.” “We got any Darwin fans in the house?” asked Baba Brinkman, a rapper, before launching into a song about evolutionary biology. The Delaware-based Stiefel Freethought Foundation, which promotes and supports the free thought movement, had donated $70,000 for the event. The post commander had earlier refused to allow the festival to be held on the main parade field. The festival was conceived as a reaction to a Billy Graham event, which atheist groups objected to, alleging it was an army-sponsored platform to seek converts. Retired Navy Chaplain James Klingenschmitt earlier told The Christian Post that when the Billy Graham event was held, atheists threatened lawsuits, wrongly arguing that an “evangelistic rally” jointly sponsored by U.S. military personnel and evangelical Christian churches and ministries violates the U.S. Constitution and must be canceled.

Previous post Your yoga program is more than just physical exercise if...