What does it mean to be spiritually free? It speaks of a status that is not true of everyone in this world. 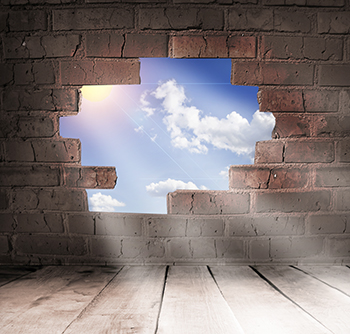 As He spoke these words, many believed in Him. Then Jesus said to those Jews who believed Him, “If you abide in My word, you are My disciples indeed. And you shall know the truth, and the truth shall make you free.” They answered Him, “We are Abraham’s descendants, and have never been in bondage to anyone. How can You say, ‘You will be made free’?” Jesus answered them, “Most assuredly, I say to you, whoever commits sin is a slave of sin. And a slave does not abide in the house forever, but a son abides forever. Therefore if the Son makes you free, you shall be free indeed” (John 8:30–36).

True freedom involves the trust factor. Some who profess Christ do not trust in Christ to possess Him as Savior. Some believers—who possess Christ—do not profess Him. Far more people profess Christ but do not possess Him. True disciples have an abiding relationship with God as well as with the Word of God (v. 31).

True freedom involves the truth factor. The truth factor of our faith makes our trust valid. Our faith in Christ is based in the truth about Christ. The truth about Christ and His redemptive work brings freedom from the sin status that enslaves every person from birth. The use of the word “indeed” (“truly”) in verse 31 indicates that true faith provides a change in our status as sinners.

The barrier of sin creates moral blindness, the inability to recognize our need for true freedom (vv. 33, 35). Like the Jews in our passage, people often use “salvation by biology” or the “safeguards” of religion as an alternative for true belief. One can almost read the mind of Christ as He confronted these religiously arrogant and spiritually bankrupt Jewish elitists. He must have thought, “Don’t you remember Egypt, Babylon, Syria, and now Rome! How can you say we have never been in bondage to anyone?” Christ distinguished between sonship and slavehood. The Jews felt that spiritual permanency was based on a genetic relationship to Abraham. Jesus pointed out that even in Abraham’s house the slaves were temporary, while the sons were permanent. True sonship is a spiritual relationship that transcends a physical birth relationship. A physical son can be a slave spiritually in his own house.

The barrier of sin creates moral bondage (v. 34). All of mankind is held in bondage to sin. As a result, we are slaves to sin by our nature and slaves to sin in our choices and actions. It is easy to forget our failures, faults, sins, and sinful thoughts and habits. It is extremely hard for those who are chained in darkness to admit that sin has dominion over them. Someone has written, “The worse a man becomes, the less he feels himself to be bad.” Willful and/or indifferent ignorance of bondage promotes slavery and obscures the urgent need for spiritual freedom.

A person can be spiritually free even if he is a slave physically. Providing true spiritual freedom for mankind is the redemptive purpose of Jesus. The most important question for each and every person is, Have you experienced spiritual freedom by being freed from your sin?

Bernie Augsburger is state representative of the Illinois/Missouri Association of Regular Baptist Churches.