The Logic of the Pro-Choice Position 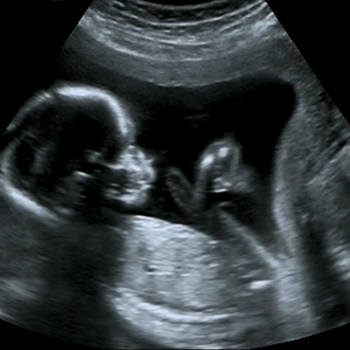 Recently I rewatched most of an abortion debate I attended a couple of years ago at Wayne State University here in Detroit. The debate was between Nadine Strossen, professor of law at New York Law School and former president of ACLU, and Scott Klusendorf, president of Life Training Institute. One of the values of a debate is hearing the best arguments from the other side. A good apologist should know the strongest arguments against his position, and if possible be able to present them in a better fashion than someone who holds them. A debate can help you learn what those arguments are and see how they can be presented well.

In contrast, Scott Klusendorf offered a succinct argument that abortion is immoral.

He largely assumed the first premise, and offered the clear, consistent, scientific conclusion of embryology that from the moment of conception the fetus is a unique human being to support the second premise. As he emphasizes in his introductory statements, the truth that the unborn child is a unique human being ends all of the other arguments. Judicial courts have often made morally wrong rulings. Medical science cannot answer moral questions. Religious leaders do not always get things right. And any argument that grants personhood to some humans and not others opens the door to gross injustice.

And if you want to argue that the different views people have creates uncertainty, then you should actually oppose abortion. If you do not know whether or not the unborn is a human being, you should not kill it, since at the minimum you would be committing gross negligence—similar to someone fumigating a building without knowing if anyone was inside (see this argument fleshed out more here under skepticism).

Klusendorf also makes a compelling logical argument against making viability the distinguishing line for the morality of abortion.

“Viability does not measure the value of the fetus. It measures our technology. A fetus is viable at 22 weeks at a state-of-the-art New York City hospital, but not viable until 38 weeks in Bangladesh. So let’s do a little thought experiment. A woman who is pregnant at 24 weeks gets on a plane at JFK. She flies to Bangladesh, where viability is 38 weeks. And then she flies home. So what happens to her child? Does it go from being a person in New York, where it could be born—viable—to a non-person when it leaves U.S. airspace, back to being a person again when it flies home? This is crazy! And leads to terrible inequality.”

For many, the fact that the pro-life position is a conservative position makes it worthwhile to oppose—regardless of logic or facts. For others, the primary driver is the rights and empowerment of women. They warn against women risking their lives doing homemade abortions in an alley or push back against powerful men telling women what to do “with their bodies.”

So it is important to offer the logical case for the pro-life position. But logic is not what drove many to the pro-choice position, and it will be unlikely in itself to move them away from it. If those who hold to the pro-life position want to be persuasive, we may need to make the argument less political and include more affective matters.