The Church and the Keys to the Kingdom 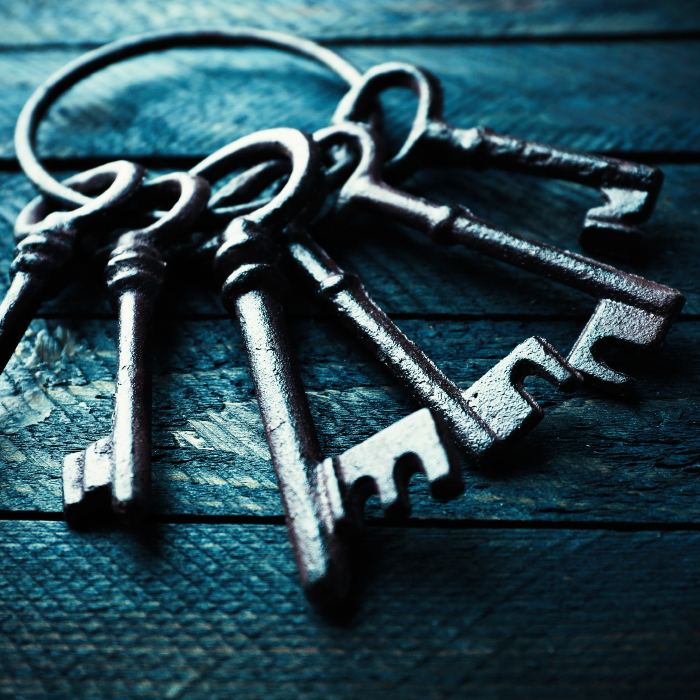 In 1964, George Eldon Ladd argued that the Church functions as “Custodian of the Kingdom” (Presence of the Future, 276). For many, this designation sounds either (1) too Catholic (salvation is found in the organized Church alone) or (2) too Reformed (the Church IS the Kingdom, effectively displacing ethnic Israel). But while both of these concerns loom in my mind as well, Ladd’s observation has merits that, if lost, can debilitate the very Protestants and dispensationalists who object to Ladd’s principal claim.

The first mention of the keys appears in Matthew 16:19, where Christ grants to Peter the “keys of the kingdom,” and with them authority to “bind and loose” on earth what has been bound and loosed in heaven. That Peter had something of a singular role in “unlocking” new venues for evangelism in the early church suggests that he may have taken the lead as the first keyholder, but nearly all Protestants argue that the use of the keys did not belong to Peter alone (much less his papal successors). The keys also belonged to the other Apostles, and eventually the whole gathered church.

The basis for this conclusion is the second NT allusion to the keys in Matthew 18:18. On the heels of the classic pericope on church discipline (or better, the capstone of the pericope on church discipline), Christ echoes his earlier comments in chapter 16, intimating that the last step of church discipline (exclusion from the Assembly) is tantamount to “loosing on earth what is loosed in heaven.” That is to say, the Church excommunicates those whom they determine to be outliers of the kingdom based on the standards that God himself provides. The responsibility is extraordinary and deeply sobering: local churches on earth are to follow the lead of the Apostles in policing their membership to align with membership in Christ’s coming Kingdom. While we should not assume from this verse that the Church is always correct in her assessment of the spiritual state of those she excommunicates, the absence of any exception clause makes the assessment extremely important: local churches truly are custodians of the Kingdom.

Lest there be any doubt of this extraordinary responsibility, the Scripture-writers reiterate this ecclesiastical responsibility at least four times in the Epistles:

(1) After completing the most severe NT passage on church discipline, calling on his readers to “judge those who are in the church” and “expel the wicked man” (1 Cor 5), Paul continues in the next chapter to chide the church for not making proper judgments about lesser matters in their membership. Rather than adjudicating disputes within the body by following Christ’s instructions about church discipline, members were suing each other in secular courts like the heathen, cheating and defrauding one other publicly (vv. 1–8). Paul reminds his readers that occasions like these were tailor-made for the use of the “keys” (vv. 9–10):

(2) In Galatians 5, after warning his readers that “a little leaven works through the whole batch of dough” and urging them to make the offenders “pay the penalty” (vv. 9–10), Paul explains the basis for his expectation in verse 21:

“Those who live like this [i.e., gratifying the flesh] will not inherit the kingdom of God.”

(3) In Ephesians 5, Paul warns the church not to permit within “God’s holy people,” to be in “partnership with,” or allow “among themselves” any who openly engage in sin, offering as his reason that

“No immoral, impure or greedy person—such a man is an idolater—has any inheritance in the kingdom of Christ and of God” (v. 5).

To summarize, the Church must engage in church discipline (“loosing” those who do not belong), striving to maintain a membership of persons who demonstrably have an inheritance in the coming Kingdom.

(4) More positively, James 2 indicates that “binding” people (i.e., bringing them into church membership) operates on the same principle. We don’t base reception in the church on factors such as wealth or social status, because these are not factors that qualify one for the Kingdom—in fact, these are often barriers to participation in the Kingdom (cf. Matt 19:23–24). Instead, the church should extend acceptance (including, I would argue, formal membership) only to those whose “rich faith” is corroborated by good works. James’s reason?

Because “God has chosen those who are poor in the eyes of the world to be rich in faith and to inherit the kingdom he promised those who love him” (James 2:5).

For other texts that arguably further the themes of binding/loosing and kingdom inheritance, see also 1 Cor 4:20; 1 Thess 1:4–5, 2:12. Note, then, the necessary conclusions that flow from these texts:

Mark Snoeberger (PhD, Baptist Bible Seminary) is professor of systematic theology and apologetics at Detroit Baptist Seminary. This article was originally published on DBTS’s blog, and is reposted here by permission.