The Christmas Story According to Jesus

Have you ever wondered how the main characters surrounding the birth of Jesus would tell their version of the Christmas story? 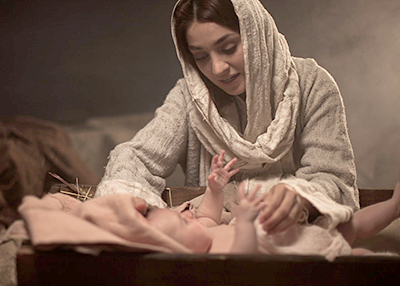 Have you ever wondered how the main characters surrounding the birth of Jesus would tell their version of the Christmas story? Joseph might focus on his initial fears, doubts, and disappointment regarding his role in the story. But I’m sure he would have much to say about holding the newborn Son of God in his arms for the very first time. His thoughts about how God provided for them during their trip to Bethlehem and, later, their stay in Egypt would add many more interesting details.

Mary might also speak of her initial doubts but then humbly express her special privilege as the mother of the Messiah. I’m sure she would express great appreciation for the way Joseph treated her, and how he stood by her in the face of great criticism. She would also include her trip to visit Elizabeth, who was a special encouragement to her and could share some common interests.

The shepherds would have much to say. Their overwhelming fear of seeing and hearing a multitude of angels speaking the good news of the divine birth would provide a fascinating perspective. Their search for the manger, the time they spent there, as well as their testimony afterwards would add some interesting details to this wonderful story.

In addition, there could be insights from the innkeeper, Herod, the wise men, Simeon, Anna, and even the parents of the babies who were eventually killed by Herod in his attempt to kill Jesus.

(2) Jesus spoke of the priority of His coming: “He takes away the first that He may establish the second” (Heb. 10:9).

(4) Jesus spoke of the pleasure in His coming: “I delight to do Your will, O my God” (Ps. 40:8). This statement reminds us of Hebrews 12:2—“Who, for the joy that was set before Him endured the cross, despising the shame, and has sat down at the right hand of the throne of God.”

As we end one year and begin another, may the key phrase of the Christmas story as told by Christ be upon our lips as well: “I delight to do Your will, O my God.”