World News May 21: The U.S. Supreme Court agreed Monday to take up a case involving a New York town’s policy regarding prayers presented before public meetings. Read more about this and other news. 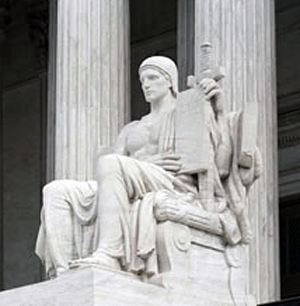 The U.S. Supreme Court agreed Monday to take up a case involving a New York town’s policy regarding prayers presented before public meetings, charismanews.com reports. The high court affirmed America’s longstanding practice of opening public meetings with prayer in 1983 and now has the opportunity to do so again. Alliance Defending Freedom attorneys, together with lead counsel Thomas G. Hungar of the Washington, D.C., law firm Gibson, Dunn & Crutcher, LLP, represent the town of Greece, N.Y. “Americans today should be as free as the Founders were to pray,” says senior counsel David Cortman. “The Founders prayed while drafting our Constitution’s Bill of Rights, and the Supreme Court has ruled that public prayer is part of the ‘history and tradition of this country.’ America continues this cherished practice.” As briefs filed in the case explain, the U.S. Supreme Court settled the matter 30 years ago by affirming that the historical practice of legislative prayers is constitutional. Until relatively recently, the lower federal courts faithfully implemented that well-established rule of law. New legal attacks by individuals and activist groups claiming to be offended by the way private citizens voluntarily pray have created significant confusion in the lower courts. In this case, Town of Greece v. Galloway, the U.S. Court of Appeals for the 2nd Circuit suggested that the current legal complexity may cause local and state governments to abandon the practice of legislative prayer, which predates the founding of America and existed for more than two centuries without serious challenge. “We appreciate the Supreme Court’s decision to review the important question presented by this case,” explains Hungar. “The practice of legislative prayer is firmly embedded in the history and traditions of this nation. We hope the court will reaffirm the settled understanding that such prayers, offered without improper motive and in accordance with the conscience of the prayer-giver, are constitutional.” “A few people should not be able to extinguish the traditions of our nation merely because they heard something they didn’t like,” adds senior counsel Brett Harvey. “Because the authors of the Constitution invoked God’s blessing on public proceedings, this tradition shouldn’t suddenly be deemed unconstitutional. It’s perfectly constitutional to allow community members to ask for God’s blessing according to their conscience.”