World News Jan. 13: The United States Supreme Court has delivered "a knockout blow to the White House in the cause of religious liberty." Read more about this and other world news. 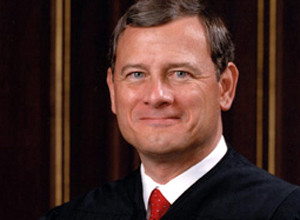 The United States Supreme Court on Wednesday delivered “a knockout blow to the White House in the cause of religious liberty,” reports Fox News. Chief Justice John Roberts, writing for a unanimous court, dismissed the government’s claim that a Lutheran Church did not have the right to fire a “minister of religion” who, after six years of religious training, had been commissioned as a minister. The fired minister, who also taught secular subjects, claimed discrimination in employment. “The Obama administration, always looking for opportunities to undermine the bedrock of First Amendment religious liberty, eagerly agreed,” remarked Peter Johnson, Fox News Legal Analyst and attorney. “There was just one big problem standing in the way of the government’s plan: the U.S. Constitution. For a long time American courts have recognized the existence of a ‘ministerial exemption’ which keeps government’s hands off the employment relationship between a religious institution and its ministers or clergy. Here, in this case, the Department of Justice had the nerve to not only challenge the exemption’s application but also its very existence. But, Chief Justice Roberts pushed back hard, telling the government essentially to butt out: ‘Requiring a church to accept or retain an unwanted minister, or punishing a church for failing to do so, intrudes upon more than a mere employment decision. Such action interferes with the internal governance of the church, depriving the church of control over the selection of those who will personify its beliefs. By imposing an unwanted minister, the state infringes the free exercise clause, which protects a religious group’s right to shape its own faith and mission through its appointments.’ . . . The Supreme Court clearly announced Wednesday that the First Amendment itself gives special recognition to the rights of religious organizations and rejected the government’s view that the Religion Clauses of the Constitution don’t apply to religious organizations’ freedom to select their own ministers, priests, rabbis and imams.”