World News June 8: Gov. Scott Walker easily survived his recall election brought on by organized labor in Wisconsin by winning 54 percent of the vote. Read more about this and other world news. 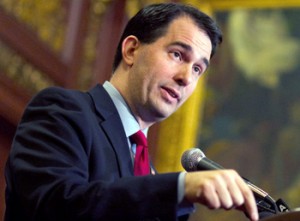 Gov. Scott Walker easily survived his recall election brought on by organized labor in Wisconsin on Tuesday by winning 54 percent of the vote against his Democrat rival, Milwaukee Mayor Tom Barrett, who came away with 45 percent, reports The Christian Post. “First of all, . . . I want to thank God for His abundant grace. Next, I particularly want to thank not only all of you here, but people all across the state. I want to thank you for your prayers,” Walker told supporters. It was the third time in the nation’s history that a sitting governor had to face a recall vote, and the election was not confined to Wisconsin, as groups on both sides of the issue saw the race as a preview of what may happen in November. Although the contest was bitter from beginning to end, Walker offered a conciliatory tone in his remarks when declaring victory. “The election is over. It’s time to move Wisconsin forward,” Walker told the crowd gathered at his headquarters. “Tomorrow we are all Wisconsinites.” But Barrett’s concession comments were less than subtle as he told his supporters to “remain engaged.” “We will continue to fight,” said Barrett. The recall process began soon after Walker and the Republican controlled legislature passed laws that gave cities and school districts the ability to negotiate collective bargaining agreements with labor unions as an effort to cut an estimated $3.6 billion from their budgets. This infuriated the unions that resulted in them obtaining enough signatures to force the recall vote. Many saw the election as a litmus test of union strength going into the fall elections. Mitt Romney, the presumed GOP nominee, quickly weighed in on the election results in his hopes of winning Wisconsin in November against President Obama, who handily won the state in 2008. “Governor Walker has demonstrated over the past year what sound fiscal policies can do to turn an economy around, and I believe that in November voters across the country will demonstrate that they want the same in Washington,” Romney said in a statement. CNSNews reports that an exit poll showed that Walker got 38 percent of the vote from people living in union households.

Next post Ladies' Missionary Group Gives Around the World