World News June 14: Southern Baptists expressed their "opposition to and disappointment in" the membership policy of the Boy Scouts of America. Read more about this and other news. 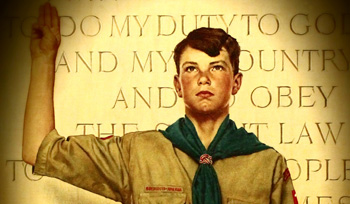 Southern Baptists expressed their “opposition to and disappointment in” the membership policy of the Boy Scouts of America but affirmed the freedom of local churches to determine what to do, Baptist Press reports. The action came in a resolution drafted by the convention’s Resolutions Committee and approved by messengers June 12 during the SBC’s annual meeting in Houston. Southern Baptists have tracked the BSA membership controversy closely in recent months, as many churches either sponsor or are affiliated with local Scouting troops. The lengthy resolution detailed the sequence of events that led to the BSA’s May 23 vote to approve new membership guidelines stating that “no youth may be denied membership in the Boy Scouts of America on the basis of sexual orientation or preference alone.” The resolution says the Boy Scouts’ decision is “viewed by many homosexual activists as merely the first step in a process that will fundamentally change the BSA,” putting “the Scouts at odds with a consistent biblical worldview on matters of human sexuality.” It further says the decision “has the potential to complicate basic understandings of male friendships, needlessly politicize human sexuality, and heighten sexual tensions within the Boy Scouts.” The Southern Baptist Convention’s statement of faith, the Baptist Faith, and Message 2000 states that “Christians should oppose . . . all forms of sexual immorality, including adultery, homosexuality, and pornography,” the resolution noted, adding that Southern Baptists “consistently have expressed their opposition to the normalization of homosexual behavior in American culture through more than a dozen resolutions over the past thirty years.” In their resolution, Southern Baptists expressed continued opposition to the policy change and gratitude for the thousands within the Scouting family and the broader culture who voiced opposition to the BSA executive leadership’s intent to change its membership and leadership policies. Churches that decide to sever ties with the Boy Scouts should not abandon their ministry to boys, the resolution states, but should consider expanding their Royal Ambassadors ministry, “a distinctively Southern Baptist missions organization to develop godly young men.”