Resources for Understanding the Baptist Perspective on Lent

Lent is upon us! For the next 40 days, millions of professing Christians the world over will celebrate this ancient tradition. 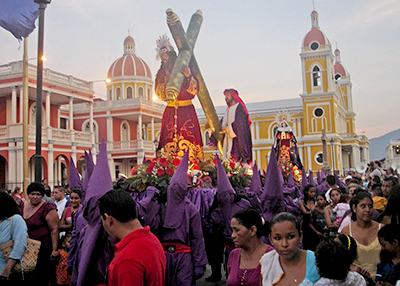 Lent is upon us! For the next 40 days, millions of professing Christians the world over will celebrate this ancient tradition. Conventionally, observance of Lent has entailed a partial fast, giving up a certain percentage of meals or a certain type of food for the duration of the season. In recent days many have sought to observe the spirit of Lent by giving up technology or a particular bad habit. In either case, the intent is (at least ostensibly) to remove a potential distraction from one’s life in order to seek God more purely and sincerely for 40 days between Ash Wednesday and Easter.

Yet not all professing Christians celebrate Lent. Historically, Baptists (and many other groups from a free church background) have refused to participate. There are several reasons for this. Most fundamentally, Baptists have championed the position that Scripture alone—not creeds, councils, or the developments of church history—is the authoritative norm for faith and practice. That the celebration of Lent is nowhere mentioned in Scripture (indeed, its entrance into church liturgy can be fixed no earlier than the fourth century AD) has therefore been sufficient to deter most Baptists from its observance. Others steered clear of Lent due to a dislike for formalism or a conviction that it fosters superficial self-betterment rather than true spiritual devotion. Still others have raised even more strenuous objections, tracing the origin of Lent to Semiramis’s 40 days of weeping for her dead son, Tammuz, in Babylonian paganism. Whichever tack was taken, Baptists for most of their history have avoided Lent altogether.

Today, that is beginning to change. Enamored with high church liturgy and drawn to the “ancient-future Christianity” craze, some Baptists are breaking ranks on this issue and joining in the Lenten celebration. How should we regard this development? Are these Baptists on to something? Have they rediscovered a time-tested discipline for deepening communion with God and enhancing spirituality? Or are they in danger of reverting to the very errors from which their forebears fought and bled to free themselves? To increase understanding of this issue and help our readers think through the questions at hand, we are pleased to offer the following articles on Lent and Baptists:

Next post Resources for Understanding the Baptist Perspective on Lent