World News Sept. 28: Could you imagine going to jail for your faith? A recent report warns that it could happen. Read more about this and other news. 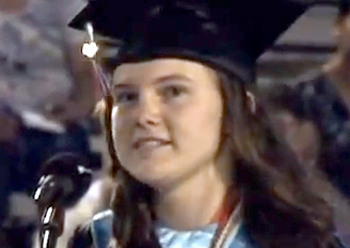 Could you imagine going to jail for your faith? A recent report warns that it could happen, according to CBN News, which investigated the growing wave of hostility to Christianity in America that’s led to hundreds of court cases. Angela Hildenbrand was cited as one example. She faced the very real possibility of going to jail for her faith. The trouble began when a federal judge ruled that no one at her Texas high school could pray or even use words like “prayer” or “amen” during the 2011 graduation ceremonies. As class valedictorian, Hildenbrand felt God deserved the praise, even if it meant jail for her. “I was definitely preparing myself to have to make that sort of tough decision and mentally prepare myself for what well could be coming next,” she told CBN News. Hildenbrand’s case is just one of more than 640 cases of religious hostility cited in a new report by the Liberty Institute. General Counsel Jeff Mateer, who takes on many of these cases, helped put the survey together. “The atheists and the secularists are well-organized and they’re well-funded,” the Liberty Institute attorney told CBN News. “The rate of hostility to people of faith is overwhelming,” he said. “It’s increasing. Every day, we’re getting calls.”