World News Jan. 10: Police have arrested New York City councilman and pastor Fernando Cabrera and six others on charges of "criminal trespassing." Read more about this and other world news. 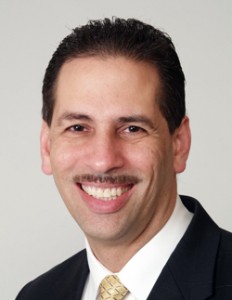 Police arrested New York City councilman and pastor Fernando Cabrera, a fellow pastor, and five others Jan. 5 on charges of “criminal trespassing,” reports Baptist Press. Their alleged trespass was kneeling and singing two hymns outside the doors of the New York City Law Department. The protest was part of an ongoing effort to overturn the city’s ban against religious groups’ use of public schools for worship services, scheduled to go into effect on Feb. 12. Before they knelt, the seven were standing with more than 50 people holding signs outside the building. Police then held them in custody for three hours. Bill Devlin, pastor of Manhattan Bible Church who was arrested, said the ban assaults freedom of religion and speech. Jordan Lorence, senior counsel with the Alliance Defense Fund, added that the case is based on a fundamental misinterpretation of the Constitution: He argues that forbidding private speech because it’s religious is not protecting the separation of church and state; rather, it suppresses freedom of religion and freedom of speech. Devlin, whose church has 30,000 square feet of space to use, is fighting for the 160 congregations likely to be homeless if the ban isn’t overturned by Feb. 12. Those congregations that need meeting space now pay rent to financially strapped schools. The rationale for banning religious groups’ use of public school space includes the notion that “impressionable children” might think that government is endorsing religious belief. Lorence and Devlin are concerned that the school-use ban will eventually become a broader ban against religious organizations meeting in any state-funded building, including university auditoriums that house worship services of large churches. For example, Redeemer Presbyterian Church in New York pays rent to hold services at Hunter College. Lorence said the ban reflects an irrational and anti-religion sentiment in New York, one that portrays religion as “dangerous and something that must be kept entirely out of the public square.” He added that the ban suggests that churches and religious groups are “piranhas and parasites,” even though they often house community-friendly ministries to the poor. “Our city is trying to do away with faith,” Lorence said. “We can tolerate everybody but religious viewpoints. That’s pretty scary.”