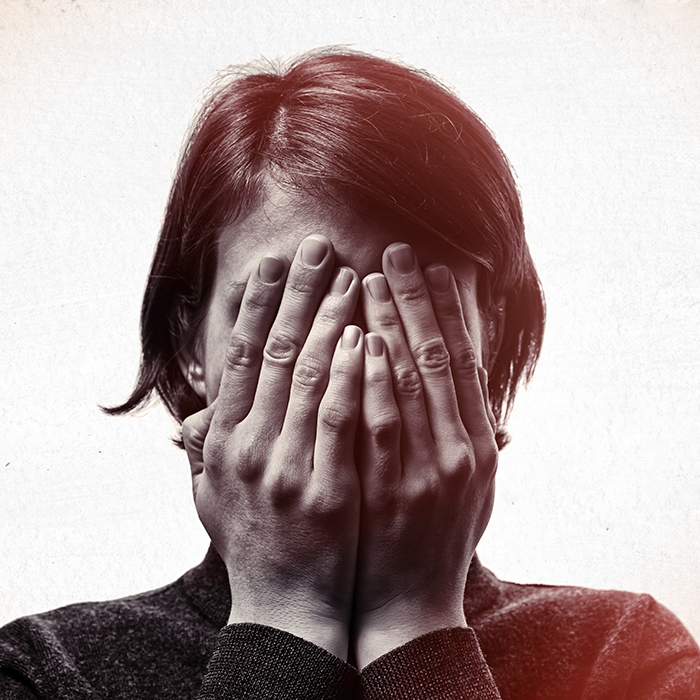 Christian media outlets have a lot to say these days about the idea of shame, mostly trying to convince us that shame is bad. And in many circumstances, they are right. For instance, (1) we need not be ashamed before God for sins committed in our pre-conversion past: Christ’s work on the cross not only cancels our guilt but also covers our shame (so, e.g., Rom 10:11; 1 Pet 2:6–7). We should not be ashamed either, as many tend to be, (2) when we are victimized by the shameful deeds of others. Each person bears his own shame (in principle Deut 24:16), and all of us need to excise from our practice any lingering vestiges of victim-shaming.

But the idea that shame has no place at all in the life of the believer says too much. Note the following:

1. Just because Christ took on himself both our guilt and our shame coram deo does not mean that he took away our guilt and our shame in the eyes of society. A murderer on death row may be gloriously justified and his guilt before God canceled, but his societal guilt and shame remain. He may even be executed for his crimes—and justly so—on the very day he turns to Christ. A pedophile may be declared righteous in Christ and may even exhaust his whole liability to punishment in the eyes of the law, and still carry about with him the shame of his sins in civil society (say, by being publicly listed on a sex-offender registry). Churches, even, must be forthcoming about members in this situation, ascertaining, in their zeal to give a converted sinner relief from his shame, that they do not “cover up” sins that need, at some level, to remain public. This is especially true when the shameful deeds are done by Christian leaders (1 Tim 5:20).

2. Just because Christ took upon himself all of the guilt and shame for sins committed after our conversion does not mean that we cannot incur guilt and shame in God’s moral government after our conversion. Just as a believer must routinely confess his sins to God for incidental forgiveness and cleansing (1 John 1:9), so also a believer may incur shame for himself, his family, his church and his God. And when we do such things, we should feel ashamed (see, e.g., Ezra 9:6–7; Dan 9:7–8), repent, and humbly seek mercy from God and others. More than this, we even have biblical precedent for gently and constructively “shaming” both our fellow man and fellow believers when they are not duly ashamed (1 Cor 1:27; 6:5; 15:34; 2  Thess 3:14; Titus 2:8; 1 Pet 3:15–16).

Contemporary authors that permit Christians shamelessly to “cuss a little” or engage in sundry sins should be called out for their shameful advice. Christians should be ashamed of their sins, repent of them, and repudiate them—never shrug them off or boast in them! God is not okay with me “just as I am”: He expects me to blush, to repent, and to reform.

Further, while it is our Christian duty to forgive those who repent of shameful behavior, this does not always cancel the consequences of shameful behavior. Some ecclesiastical functions, in fact, are explicitly restricted to those with long reputations for eschewing shameful sins (1 Tim 3:1ff). The stains of shame sometime linger long after the liability of guilt is exhausted.

3. That Christ took upon himself all of our guilt and shame on the cross does not mean that the sins that formerly caused us shame are not still shameful. We live in a day when Christians who have lived the very most shameful lives before conversion (or even afterward) are often celebrated for their sins. Their sins are rehearsed and their scars displayed proudly as badges of grace. I’m thinking even now of several young believers I recently encountered who seemed eager to announce that God had saved them from lives of wanton fornication. There was no shame, no averted eyes, no bowed head. Indeed, they seemed to think it important to shamelessly describe their sins in language as raw, shocking, and explicit as possible in order to be authentic and impactful in their testimonies.

I do praise God, of course, that his grace is great enough to cover even the most shameful of sins. I praise God, too, that in his mysterious providence, these young believers may be better equipped to counsel others who struggle with similar sins. But there are still sins in this world that God describes as so “shameful” that they ought not even be mentioned, but should rather remain “hidden” (Eph 5:12) lest, apparently, even the very mention of these sins be a source of curiosity, temptation, or calcified consciences. The biblical pattern is (1) sin, (2) repentance as expansive as the scope of the sin, (3) forgiveness, and finally (4) covering, to the greatest degree possible, of what is shameful (so Gen 3; 1 Pet 4:8; and in principle, all the sundry acts of covering head, face, feet, and genitals in the wake of confessed sin).

Conclusion: By God’s grace, we are confident that all forms of guilt and shame will one day be a thing of the past. We are confident, furthermore, that even now, because of the great exchange of our guilt/shame for Christ’s righteousness, God sees us as complete in Christ. But until we are perfected, shame persists (and ought to persist) as a societal norm, as a function of conscience, and as means of sanctification.