Miracles: Then and Now (Part Two) 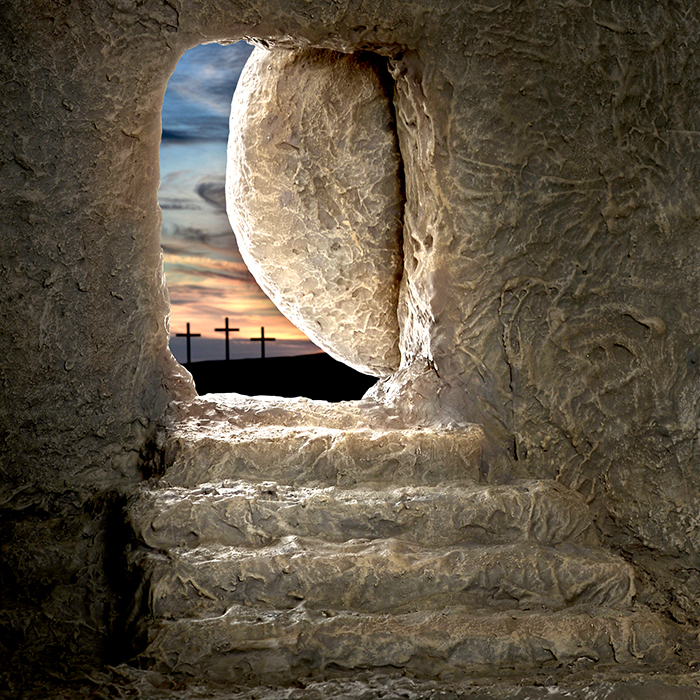 In the decades of the New Testament Gospels there was a huge break-out of miracles (e.g., Matt 4:23–24; 8:16; 9:35; 12:15; 15:30). (Interestingly John the Baptist performed no miracles–John 10:41.) These surrounded mainly the person of Jesus Christ and His claims to be God in the flesh and Israel’s promised Messiah. Genuine miracles declined in the transition period covered by the Book of Acts, and were gone by the Second Century AD. Thus, the questions: Are miracles needed and occurring today? If they are, or should be, why? And if they are not, why not?

The era of the Gospels began with the gigantic miracle of the virgin conception and birth of Jesus of Nazareth, the entrance of God in the flesh into the temporal order.

This era closed with the most colossal miracle of all human history—the bodily resurrection of Jesus from the dead. This event superseded even the Old Testament touchstone of God’s power toward His people, namely the multiplied miracles associated with the Exodus from Egypt. For example, compare Philippians 3:10 (“the power of His resurrection”) with “redemption/redeemed from the house of slavery,” the index marker of the divine power of Old Testament miracles (Deut 7:8; 9:26; 13:5).

The Ingredients of a Biblical Miracle

The Direct Power of God

A miracle is a direct imposition of God’s omnipotent power into the physical order. This is in distinction from His indirect working through secondary causation (e.g., Psalm 148:8, “Fire and hail, snow and clouds; stormy wind, fulfilling His word”). God’s total relationship to His universe can be understood under four headings: He planned it exhaustively, known as God’s decree; He made it, known as His creation; He upholds it with all its laws, properties, powers and processes, known as His preservation; and He absolutely controls it and brings it to His pre-planned goal, known as His providence. God could not be more personally, self-consciously involved in His universe. The point here is to emphasize the difference between His direct causation (e.g., the miracle of creation) and indirect secondary causation (e.g., using the laws of physical science). God’s direct healing of a congenitally crippled man is a miracle (Acts 3:6–8); God’s healing through medicine or the skills of a medical doctor is a work of providence. As well, God has endowed one’s physical body with amazing healing powers of its own.

In our culture, even among Christians, the word “miracle” is greatly overused. Highly unusual events or even manufactured products are called miracles. This goes from a hair-breadth escape from certain calamity or death, to a financial windfall, to miracle drugs, to a miracle shampoo, to Miracle Whip on Wonder Bread! But if everything is a miracle, nothing is truly a miracle.

Miracles were public, spectacular, verifiable and undeniable. They were not done in isolation or secretive, the majority being of a physical healing nature. A good example is the healing of the crippled man at the temple gate Beautiful (Acts 3:1–8). In utter consternation the rulers and elders of the Jews confessed as a fact that “a noteworthy miracle has taken place through [Peter and John] is apparent to all who live in Jerusalem, and we cannot deny it” (emphasis added) (Acts 4:16; see also vv. 13–14; John 3:2; 11:47–48).

A miracle required a God-appointed interpreter or explainer of what happened, without which its meaning and purpose were not understood. This commentator was usually a prophet, apostle or someone with authoritative special revelation from God. Note the miracle of God testifying to Himself by speaking from a cloud. Some thought it thundered or an angel had spoken; all were wrong. We have the miracle explained for us by the Apostle John via revelation and inspiration of Scripture (John 12:27–30). (In the Old Testament this was the principal role of the prophets, i.e., to tell what God was doing or will do—Amos 3:7–8, “Surely the Lord God does nothing unless He reveals His secret counsel to His servants the prophets. A lion has roared! Who will not fear? The Lord God has spoken! Who can but prophesy?”)

The Purpose of Biblical Miracles: Authentication

The genius of biblical miracles was divine accreditation. They were designed to compel acknowledgment that God was at work attesting a person, message or event. They did not force faith in or acceptance of God. At best they were faith-helping crutches of a sort; they could foster faith but not compel it. God’s intent in a miracle could also be rejected and even blasphemed. And the results could be disastrous, as happened with Moses and Pharaoh at the Exodus from Egypt (Exod 5:1–2; 7:4–5; 9:16; 10:2; 11:3, 7; 14:4, 14–18). This also occurred at the incident of the unpardonable sin (Matt 12:22–32), among others.

Miracles were not meant simply to make the sick and suffering well again, or to feed hungry and thirsty people. Nor were they pre-evangelistic tools to attract a crowd and a wider hearing for the message. These were very delightful side benefits, to be sure. But because of their rather unique form and narrow teaching intent (i.e., divine authentication), God kept miracles to a relatively few in number. In the big picture, there is a real sense that God was somewhat stingy with His miracles lest people became complacent about them, take them for granted, or consider them as handy utilities for their own personal ends (e.g., Simon Magus, Acts 8:9–13, 18–21).