Miracles: Then and Now (Part Three) 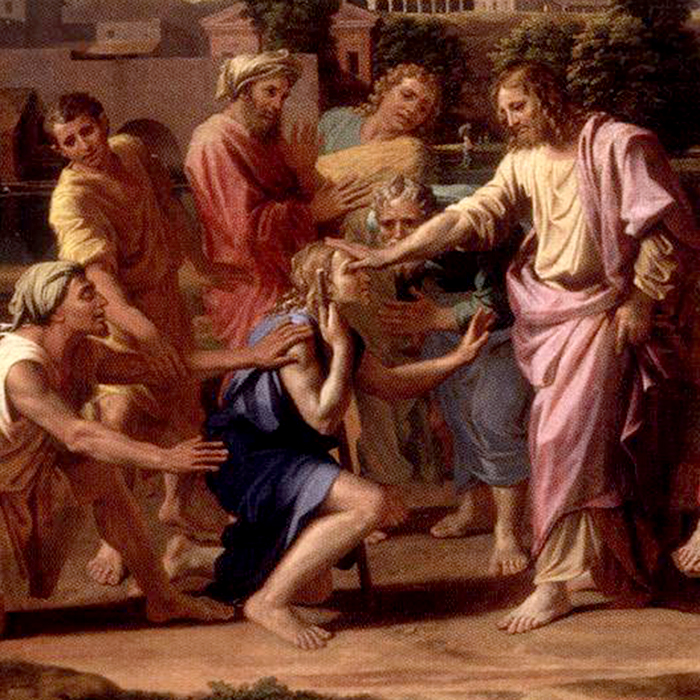 The Miracles of Jesus Christ

John the Baptist (who did no miracle) was the new voice for God to Israel after the four sterile centuries between the testaments. His message concerned the kingdom of God and the need to repent and make spiritual preparation for it (Matt 3:2). He was followed shortly afterward by Jesus of Nazareth with the same message (Mark 1:14–15). But, unlike John, Christ was accompanied by an entourage of attesting miracles of which John himself eventually needed a reminder (Luke 7:18–23).

Jesus’ miracles authenticated Him as the Son of God with authority to forgive sin and give eternal life. The Apostle John expressly declared this as his purpose in writing (John 20:30–31). There were apparently eight such miracles: one each in chapters 1, 4, 5, 9, 11, 21 and two in chapter 6. To these one could add His resurrection from the dead, chapter 20.

In conjunction with Jesus’ claims to forgive sin was the factor of the added content to saving faith that He brought. Jesus Himself, the God-man, was made the sole object of saving faith (John 3:16; 11:25–28). He also claimed to be the exclusive way to the Father (John 14:6). All these new claims and demands were being accredited by His miracles (John 10:22–39).

John was clear that the coming of Jesus Christ brought a transformation, especially in God’s management of His will over the cosmos. The Law of Moses was yielding to, or merging into, an era of grace and truth whose dimensions thereof were extremely lengthened (John 1:17). Grace and truth as such were not new, having been in the world since creation, but in Jesus their dimensions were unprecedented.

Jesus’ miracles also accredited His announced claim to be Israel’s Messianic King with authority to sit on David’s throne (Matt 11:2–6). The kingdom of God was “in their midst” in His person as the King (Luke 17:20–21). In like manner the kingdom of God had “come upon” those who saw Christ’s miracle of demon exorcism (Luke 11:14–23). In truth, the Messianic Reign was impending. Their blasphemous rejection of this sign, by attributing it to Beelzebub and by demanding still another sign (vv. 15–16), sealed their own eternal doom. It also pushed Israel beyond national redemption until the end times (vv. 24–26; Matt 12:22–32; 21:33–46).

The Miracles of Christ’s Representatives

Luke 10:1–20 relates how the Messianic King pre-authenticated the Seventy who were His forward heralds in cities He Himself would visit. Their miracles of healing and exorcising demons were an announcement that “the kingdom of God has come near to you” (vv. 9, 11). Their accrediting miracles were God’s visible affirmation that their message was inviolable.

Jesus also chose the Twelve to accompany Him in fulfilling His mission (Matt 10:1–42). His commission to them was restricted “to the lost sheep of the house of Israel”; the Gentiles and Samaritans were specifically excluded (vv. 5–6). Their message of announcing the impending kingdom (v. 7) was authenticated by miracles (vv. 1, 8) bringing with its rejection a fate worse than Sodom and Gomorrah (v. 15).

When Israel’s rejection of the message was certain at the unpardonable sin incident (Matt 12:22–45), Jesus resorted to a different method of communicating new truth, namely parables (Matt 13:10–17). The change in method corresponded to the change in message. For the Jews this new message was a cause of blindness and hardness. No longer was the announced kingdom impending but instead a new set of historical conditions for Israel and the nations would prevail for an uncharted period of time. A few months later, at Caesarea Philippi, Jesus announced three new subjects pertaining to this intervening period: (1) An open announcement of His coming death in Jerusalem (Mark 8:32; Matt 16:21), (2) the first announcement of the coming church and some of its polity (Matt 16:18–20) and (3) the first mention of His second advent (Matt 16:27).

Coupled with these factors was also the parable of the pounds (Luke 19:11–27) whose principal teaching was to offset the idea that “the kingdom of God should immediately appear” (v. 11). This corrective was due to the delay in Israel’s prophetic program caused by the nation’s apostate leadership that had spurned the person and message of their Messiah.

The Miracles of Acts and the Epistles

The original miraculous authentication of Jesus and the apostles was carried with them through the transition to the inauguration of a new institution—the New Testament church. Miracles bore divine witness to this new organism and the fresh revelation therewith (Mark 16:19–20; Heb 2:1–4). This revelation included the new message of the finality of redemption through the finished work of the atonement of Christ—the “new and living way”—the only way to God (Heb 10:20). To this end the Apostle Paul, for example, would thus reveal his apostolic credentials when needed, i.e., his “signs” of being a true apostle (2 Cor 12:12). These credentials were demonstrated perfectly at the beginning of this new era with the incident of crippled man and the apostles at the temple gate. Acts 3:1–11 is the sign/miracle accrediting the apostles Peter and John, and vv. 12–26 give the associated divine apostolic message concerning Jesus and the resurrection (Acts 4:4; 17:18).