Miracles: Then and Now (Part Four)

In the spiritual gift lists in the New Testament, some gifts were miraculously endowed and immediately exercised and some were non-miraculously, naturally inherited and used. 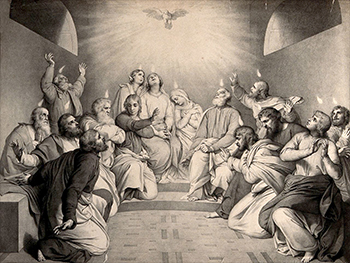 The Spiritual Gifts for the Church

In the spiritual gift lists in the New Testament, some gifts were miraculously endowed and immediately exercised (e.g., healing, tongues, prophesying) and some were non-miraculously, naturally inherited and used (e.g., administrations, helps, teaching). These latter gifts obviously required a substratum of intelligence, instruction and nurture for their use.

The Purposes of the Spiritual Gifts

All gifts were to be exercised in the context of and under the authority of the local church, described by Paul as the “church of the living God, the pillar and support of the truth” in the church age (1 Tim 3:15). Note Paul’s emphasis on the local assembly as the proper venue for the exercise of spiritual gifts (1 Cor 12:28; 14:4, 5, 12, 19, 23, 33, 35). The gifts were not designed for any personal profit or one’s own spiritual enrichment; they were for the benefit of others. Corinth apparently had the most gifts (1 Cor 1:7) but was the least spiritual church.

In starting local assemblies those gifted as apostles, pastors, teachers and evangelists would especially be needed. As well, the revelatory gifts were a must because there is no truth distinctive to the New Testament church that can be found in the Old Testament. Local churches in the beginning were bereft of a body of ecclesiastical instruction that governed their polity, officers, mandates, ordinances and such.

The purpose of the author of Hebrews is to instruct Jewish Christians about the superiority and finality of the accomplishments of Jesus Christ. His major project is to wean them off the Law of Moses and bring them fully into the dispensation of grace. To do this he invokes the prior teaching of the Lord that was confirmed to these professing Christians by various attesting miracles (Heb 2:1–4).

As we have seen early on in the Old Testament, authentication or accreditation was the most primitive purpose for signs and wonders in the first place. As a First Century AD example, the miraculous gift of speaking in tongues was a “sign” to the unbelieving Jews (1 Cor 14:21–22). God was “speaking” to first century Israel in a metaphorical manner. He had spoken to ancient Israel in judgment “by men of strange tongues,” i.e., the Gentile Assyrians (Isa 28:11). When these Jewish Christians heard tongues-speaking in church, they knew it was a sign that God had, by judicial hardness (Rom 11:25–27), set Israel aside and had turned to the Gentile “strangers” to call out “a [new] people for His name” (Acts 15:14; 13:46; 18:6; 28:28). So, I would conclude that since God has accredited His apostles and their new message, in this case by tongues, especially to the Jews, there is no further need for the miraculous gift of tongues.

The same pattern can be said of all the biblical miracles, especially the miracles of the New Testament. Jesus and His helpers/disciples have been attested and will not be so again. The apostles had their persons and messages confirmed by signs and wonders and need not, and cannot, be brought back and perform miracles. Nor does anyone since then have cause to duplicate those apostolic miracles. National Israel has been set aside and the Gentile church has been grafted into God’s place of favor until the end times (Rom 11:25–27). All these situations were stamped with God’s approving miraculous power in the First Century AD.

Scripture warns that the desire or demand for miracles is both unnecessary and dangerous; it betrays a lack of faith in, if not contempt for, God’s plan and purposes (1 Cor 1:22). Israel’s recurring, unbelieving mantra was, in effect, “show us just one more sign” (e.g., Matt 27:40, 42). The attesting miracles are recorded in the inspired, and thus inerrant, Word of God for all to see. Even unbelief in the terrors of Hades would not be mitigated though one came back personally and miraculously to testify about them. Only the divinely-accredited authors of Scripture will ever keep someone away from such an awful place (Luke 16:27–31). Attempts to walk on burning coals, raise the dead, and mass healings cannot and do not add any divine authenticity to the Gospel message. In fact, they detract from the infallible testimony of God’s witnesses in the Scriptures and instead focus on an evangelist, healer or one’s own perceived needs.

The question persists among many Christians: Does God perform miracles today? Or a variant: Can God produce miracles today? If not, why not? If God’s power is infinite, is anything too hard for Him (Gen 18:14)? But in reality the question is not one of God’s power but one of His intent. When it is said that “God can do anything,” it does not mean that “anything can happen.” Many times I have invoked a saying in this regard: “God’s power is always equal to His will.” It is quite evidently not His will to perform physical miracles as defined earlier. If God does work miracles today, they would be in the spiritual realm. The new birth and all that it entails is a moral miracle with an unending, eternal consummation. It has been suggested by one of my teachers that the “works” greater than Christ’s that believers today could participate in doing (John 14:12) could well be the moral miracles of the new birth that God is regularly performing.

A lingering question also persists: What about the alleged miracles as claimed by some religious leaders of today? It must be remembered that there can be counterfeit miracles that do not come from God. The Egyptian magicians seemed to duplicate some of Moses’ miracles (e.g., Exod 7:11, 22; 8:7; c.f., 8:18). In the coming Tribulation period counterfeit miracles will be performed by a cohort of the Antichrist (Rev 13:11–18; 19:20) and even by demons (Rev 16:14).

One would be advised, therefore, that not all would-be miracles are simply hokum, akin to the sleight-of-hand antics of illusionists and the “magic” of certain parlor games. They could well have a dark, unholy underside to the spiritual and physical/psychological detriment of all involved.

The Christian experience is often depicted as necessitating one miracle after another in order to keep the believer on a high note of victory over sin, self and circumstances. However, the Scriptures do not support such a regimen. An illustration of this fact can be seen in a phrase in Joshua 5:12: “the manna ceased.” The miracle of manna was enjoyed for forty years but Israel was then to live from the produce of the land of Canaan. They were given a far superior method of survival by depending on God’s ordinary means of provision. And so it is in the believer’s spiritual walk with God by faith. The clamor for miracles is a sign of spiritual immaturity and a lack of trust in God’s providence. God provides, leads, and guides as His Word is studied, searched, and absorbed. Biblical wisdom is thus acquired and translated into skillful, productive Christian living by the indwelling Holy Spirit.