World News Feb. 7: A surprise announcement by the Susan G. Komen for the Cure foundation to reverse its decision to fund Planned Parenthood has pro-life groups and advocates shaking their heads. Read more about this and other world news. 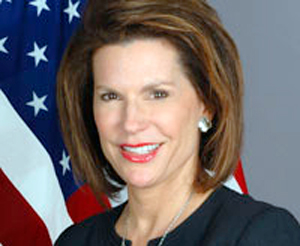 A surprise announcement by the Susan G. Komen for the Cure foundation to reverse its decision to fund Planned Parenthood has pro-life groups and advocates shaking their heads, reports The Christian Post. The reversal will mostly likely alienate supporters on both sides, causing even more trouble for the breast cancer group. The nation’s leading advocate for breast cancer awareness previously gave abortion provider Planned Parenthood millions of dollars in grants, including at least $700,000 in 2011 alone. Then the group’s announcement last Tuesday that they would no longer continue funding Planned Parenthood brought abortion supporters—most notably a group of Democrat U.S. Senators—out of the woodwork, creating some intense political drama that most likely contributed to the reversal. In citing reasons for the group’s reversal, Komen CEO Nancy Brinker said Friday the foundation now has new standards for withholding funds for nonprofits under investigation, saying they must be “criminal and conclusive in nature and not political.” Rep. Cliff Stearns (R-Fla.) has spearheaded the effort to investigate Planned Parenthood, which led to the group’s initial decision to withhold dollars from the abortion provider. There has long been a dispute over whether PP actually provides breast cancer screenings and exactly how public funds are used to perform abortions. “It is deeply disappointing that Susan G. Komen for the Cure found it necessary to reverse its decision to end grants to Planned Parenthood,” said Faith & Freedom founder Ralph Reed in a written statement. “Planned Parenthood is currently under investigation for numerous alleged violations of the law, do not offer mammography services to women, and have failed to comply with Komen’s guidelines and metrics for grantees. It is unfortunate that Planned Parenthood put politics ahead of women’s health. This issue will not go away,” Reed wrote. In addition to the direct fallout that Komen may feel in direct contributions and involvement in their fundraising activities, they will continue to face even more pressure from their retail partners who help fund the organization. In December of 2011, Lifeway Christian Resources decided to pull all pink Bibles from their shelves after learning that a portion of the one-dollar donation from the sale of each Bible may be going to Planned Parenthood. “I am deeply disappointed with today’s announcement from Susan G. Komen for the Cure Foundation if it means a reversal of Komen’s decision to stop funding Planned Parenthood,” noted Dr. Thom Rainer, president of LifeWay Christian Resources. “I renew my strong encouragement of Komen’s leadership to end that relationship permanently, and restate LifeWay’s commitment to not be involved, even indirectly, with Planned Parenthood.” The impact of the group’s flip-flop may not be known for a while. However, Brian Harris, director of Tennessee Right to Life, thinks the reversal will ultimately backfire on Komen. “This seems like a terribly stupid public relations move. Pick a side and stick with it but don’t alienate everyone on both sides of the issue.”