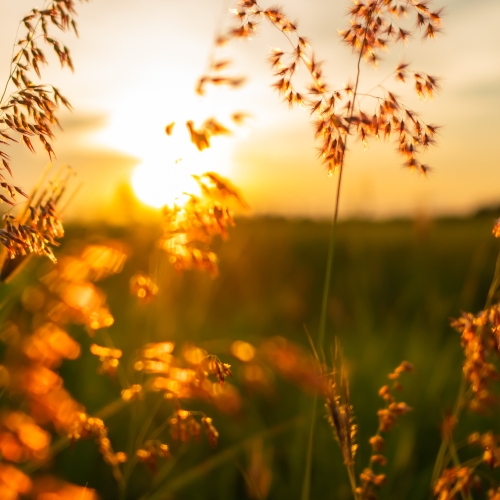 I can’t speak for you, but I’ve found myself “news-weary” over the past few months. We feel we need to keep up with the ever-changing world/state/local situation. But we tire of prognostications and endless commentary and the pressure they often bring.

But the pressure, which invites discouragement and despair, isn’t just out there; it’s in here. Some among us are walking through dark valleys. For others, it’s nothing earth-shattering but simply the struggle of life in these strange days and the contingencies of the future.

The point isn’t that Christians shouldn’t face discouragement. The Bible is full of examples to the contrary. Rather, the question is, when we face it, what should we do? We find an answer in an ironic place—the book of Lamentations.

The loss of false hope

The circumstances are that the author of Lamentations (whom I take to be Jeremiah) had observed the Babylonian conquest of Jerusalem and destruction of God’s dwelling place, the temple, in 586 B.C. In the first two laments of this book he speaks of Jerusalem corporately, but in chapter 3 he expresses the affliction that he has personally endured.

The first 17 verses of Lamentations are an extended list of excruciating descriptions: affliction, darkness, bitterness, hardship, dark places, a heavy chain, crooked paths, laughingstock, wormwood, etc. Times were so bad that Jeremiah had reached the breaking point, as he expresses in verse 18: My strength has perished, and so has my hope from the Lord.

The theological issue in Lamentations is not simply that bad things had happened, but that God had permitted, even caused them. Jeremiah continually rehearsed his affliction, to the point that his soul was bowed down within him. He had sunk down in the depths (vv. 19–20).

What kind of hope had evaporated? The kind of hope many have—powerful nations, political leaders, and easy religion. Judah had envisioned Egypt as a savior (4:17) and Assyria too (5:6). Judah had hoped in these former allies, these “lovers” (1:19). Judah had also hoped in King Zedekiah (4:20). Judah’s prophets had also misled God’s people with assurances of peace (2:14).

The substance of true hope

But the journey Jeremiah’s lament depicts suddenly pivots. It begins with a changed mindset. Literally, he caused his mind to turn to this (v. 21). In the words of Martyn Lloyd-Jones, the prophet started talking to himself instead of listening to himself. As the psalmist says (42:5):

Why are you in despair, O my soul? And why have you become disturbed within me? Hope in God, for I shall again praise Him for the help of His presence.

When we sense there is no hope, we have to ask ourselves what we’ve been hoping for. Discouragement could be a mirror that reflects the misplaced treasure of our soul.

What did Jeremiah find when he fixed his thoughts on God? Why did he now have hope (v. 21)? Verses 22–25 meditate on the character of God—His loving-kindnesses and compassions and faithfulness and goodness. These attributes are good news for sinners living in a fallen world—better news than any stimulus or stock market report or vaccination could ever be.

These truths about God came to mind because Jeremiah knew his Bible and he knew his history. These verses look back to the Lord’s great self-declaration in response to Moses’ request, I pray you, show me Your glory! (Ex. 33:18). Moses records what he heard as God’s awesome presence swept by: The Lord, the Lord God, compassionate and gracious, slow to anger, and abounding in lovingkindness and truth (Ex. 34:6). And of course, God did bring His people to the land He promised in spite of their pervasive failures.

What Jeremiah came to understand is that it’s not the Lord’s gifts but the Lord Himself who constitutes hope. Hope is not in national peace or political power or prosperous businesses or faithful leaders, though these blessings are nice. Hope is the expectation that God will continue to be what He has always been.

When we hope in God, we realize that part of His faithfulness is following through on threatened judgment. The Lord cannot be righteous and not judge sin, and Judah was experiencing this divine justice. But Jeremiah knew God would not reject forever (Lam. 3:31), and what Jeremiah prophesied in Jeremiah 25:12 came true. Israel returned from exile to its land after 70 years of captivity. Then over 500 years later God came to Israel in person. Those like John who walked the earth with Jesus Christ saw His glory, glory as of the only begotten from the Father, full of grace and truth [lovingkindness and faithfulness] (John 1:14).

The fruit of true hope

This true hope bore unmistakable fruit in Jeremiah’s life. The first fruit was patience. He recognized that his responsibility was to wait for and seek after the Lord (vv. 25–26). Another fruit was perseverance. He acknowledged that bearing up under trials in earlier stages of life is God’s goodness—to demonstrate faithfulness and prepare His children for stronger tests (v. 27). As James says, the testing of your faith produces endurance (James 1:3). A third fruit was prayerfulness. Beginning in verse 40, Jeremiah appeals to the Lord on the basis of His character. Hope did not nullify the need for urgent petition that God might be merciful.

If you and I wake up in the morning and see the sun rise, or if it has already risen, we can be sure of two things, even in the most troubling and uncertain of circumstances. The earth beneath may seem like shifting sands, but according to Lamentations 3:22–23 (1) there is a fresh supply of God’s mercies awaiting us, and (2) His faithfulness to His Word and His people is as sure as the rays of light streaming through the window. The Lord will continue to be what He has always been.

Eric Newton is a professor of theology and apologetics at BJU Seminary and BJU. He also hosts the seminary’s podcast, Theologically Speaking, and is the editor for the seminary’s Journal of Biblical Theology and Worldview. Eric serves as an elder of Mount Calvary Baptist Church in Greenville, South Carolina. This article was originally posted to BJU Seminary’s blog and is republished here by permission.