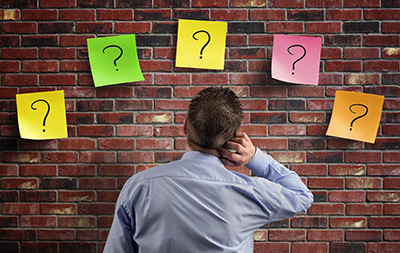 Consequently, when an organization calls itself The Gospel Coalition, one assumes that it focuses on the gospel. One supposes that a Gospel Coalition would devote itself (as TGC puts it in the preamble to its foundational documents) to providing “gospel advocacy, encouragement, and education.” After all, the gospel is the boundary of Christian fellowship. No one who denies the gospel may be viewed as a Christian, and no Christian fellowship is possible with a gospel denier.

When The Gospel Coalition began, I had the impression that “gospel advocacy, encouragement, and education” would be the real focus of the organization. Its leaders held varying views on secondary issues, but all gave evidence of allegiance to the gospel. They disagreed about baptism, church order, eschatology, and even the continuation of miraculous gifts—weighty matters all, but not of gospel importance. Nevertheless, the Coalitionaires celebrated (again, as the preamble puts it) “a deep and broad consensus . . . regarding the truths of the gospel.” They appeared ready to sublimate their differences for the sake of advancing the gospel, which was their Great Common Denominator. Upon this apparent consensus, The Gospel Coalition built a vibrant movement. Its meetings drew gospel Christians from diverse theological backgrounds.

Gospel-centeredness was not the whole story, however. The Gospel Coalition also specified that it was a “fellowship of evangelical churches in the Reformed tradition.” Of course, the Reformed tradition involves considerably more than the gospel itself. How much more depends upon what one means by Reformed. A Reformed soteriology involves no less than four, and perhaps all five, of the points of Calvinism. A Reformed view of sanctification sees salvation as impossible apart from deliberate repentance from sin and recognition of the lordship of Jesus Christ. Reformed polity commits the visible church to a republican form of government. Reformed hermeneutics insists that God can and does fulfill promises to the church that He originally made to Israel. Reformed ecclesiology views infants as members of the believing community and applies baptism (or at least affusion) to them as the visible sign of their inclusion. At least some forms of Reformed social thought assert that Christians should exercise dominion over civil governments.

The Gospel Coalition’s identification with Reformed theology leads one to wonder how Reformed it really is. The question was at least partly answered this week. On September 8, The Gospel Coalition website began a “new series that analyzes perplexing passages of the Bible.” Given the commitment of The Gospel Coalition to providing “gospel advocacy, encouragement, and education,” one might suppose that these perplexing passages would be about the gospel, perhaps reconciling the difference between Paul and James or explaining how God can promise eternal life on the basis of works (Rom. 2:6–7). Instead, the new series began by asking the question, “What Is the ‘Abomination of Desolation?’”—at best, a subpoint of a subpoint in eschatology.

Dispensationalists believe that the “coming prince” of Daniel 9:26 is a future head of state who will govern the same people or nation who destroyed the city of Jerusalem in A.D. 70. This future head of state will enter into a treaty—a covenant—with “the many,” a reference to Israel. That event will mark the beginning of Daniel’s Seventieth Week, the Tribulation. The Seventieth Week will be a week of the same kind as the first sixty-nine weeks, i.e., a period of seven Hebrew years. Evidently the treaty will allow some resumption of the Jewish sacrificial system, since in the middle of the week the “coming prince” puts an end to the sacrifice and offering. At that point, “on the wings of abominations comes one who makes desolate,” the event against which Jesus warned in Matthew 24:15–16.

My complaint is with The Gospel Coalition, which might better call itself The Gospel Coalition and Anti-Dispensational League. The organization has sent a clear message that it does not welcome dispensationalists to participate in providing “gospel advocacy, encouragement, and education.” The Coalition’s actions are a bit like AAA running commercials against Ford owners.

The message is sad because the division is unnecessary. The Coalitionaires have agreed to disagree over many important issues. They do not use Coalition resources to take exclusive positions on baptism, the organization of the visible church, or even the continuation of miraculous gifts. On these issues they have aimed for a surprisingly (and even alarmingly) big tent. What a pity that they have chosen to close the flaps on dispensationalists, many of whom also share their Calvinistic soteriology and Reformed understanding of sanctification.