World News March 29: Florida Gov. Rick Scott has stepped into the fray concerning a professor who told students to write the word “Jesus” on a piece of paper, throw it on the floor, and stomp on it. Read more about this and other news. 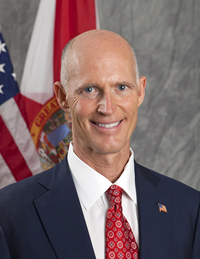 Florida Gov. Rick Scott has stepped into the fray, reports miamiherald.com, concerning a Florida Atlantic University professor, Deandre Poole, who told students in an intercultural communications class to write the word “Jesus” on a piece of paper, throw it on the floor, and stomp on it. Ryan Rotela, a junior at FAU’s Davie campus, was thrown out of class when he refused to participate. “Anytime you stomp on something it shows that you believe that something has no value. So if you were to stomp on the word Jesus, it says that the word has no value,” Rotela told CBS12, a West Palm Beach television station. Scott has penned a letter to State University System Chancellor Frank Brogan demanding an investigation. “I am requesting a report of the incident, how it was handled and a statement of the university’s policies to ensure this type of ‘lesson’ will not occur again,” Scott wrote. FAU officials defended the professor last week, but Rotela told The Palm Beach Post that he and an attorney from the Texas-based Liberty Institute met with FAU Dean of Students Cory King at the school’s Boca Raton campus on Monday and received an apology and a pledge that the disciplinary charges against him would be dropped. In his letter, Scott made it clear he wants more than merely an apology. “Whether the student was reprimanded or whether an apology was given is in many ways inconsequential to the larger issue of a professor’s poor judgment,” Scott wrote. “The professor’s lesson was offensive, and even intolerant, to Christians and those of all faiths who deserve to be respected as Americans entitled to religious freedom.”