World News July 13: Episcopalians approved a churchwide ceremony Tuesday to bless same-sex couples. Read more about this and other news. 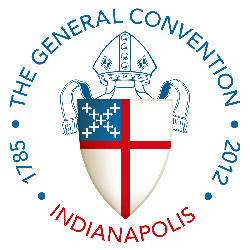 Episcopalians approved a churchwide ceremony Tuesday to bless same-sex couples, the latest decisive step toward accepting homosexuality by a denomination that nine years ago elected the first openly gay bishop, reports AP. At the Episcopal General Convention, which is divided into two voting bodies, about 80 percent of the House of Deputies voted to authorize a provisional rite for same-sex unions for the next three years. A day earlier, the House of Bishops approved the rites 111–41 with three abstentions during the church meeting in Indianapolis. Commenting in BeliefNet on the “near collapse” of the denomination, senior editor Rob Kerby remarked, “The headlines coming out of the Episcopal Church’s annual U.S. convention are stunning—endorsement of cross-dressing clergy, blessing same-sex marriage, the sale of their headquarters since they can’t afford to maintain it. The American branch of the Church of England, founded when the Vatican balked at permitting King Henry VIII to continue annulling marriages to any wife who failed to bear him sons, is in trouble. Somehow slipping out of the headlines is a harsh reality that the denomination has been deserted in droves by an angry or ambivalent membership. Six prominent bishops are ready to take their large dioceses out of the American church and align with conservative Anglican groups in Africa and South America.”