The death of Christ was not the mere actions of the frenzied mood of misled Jews. Christ’s death was part of God’s purposeful plan. 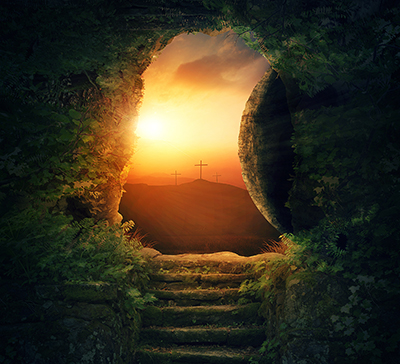 The death of Christ was not a last-ditch effort of Rome nor the mere actions of the frenzied mood of misled Jews. It wasn’t fueled by the jealous schemes of radicalized religious leaders to put an end to a religious figure they deemed to be a festering sore on the skin of their legalistic traditions.

From God’s point of view, it was not the result of a panicking, cosmological engineer or a knee-jerk response to earthly events thought to be spinning out of control. Instead of an unexpected peril requiring a patch job, Christ’s death was part of God’s purposeful plan (Acts 2:23, 24). The Cross was drawn into the original blueprint and carried out according to the plan.

The shadow of the cross with its redemptive sacrifice appeared first in the Garden of Eden when an animal (most likely a lamb) was slain to provide a covering for Adam and Eve. It appeared symbolically a number of times throughout Jewish history as manna, a rock, water, a serpent, the Passover, and the temple. Redemption became a reality when a Roman soldier with a wooden mallet placed iron spikes against the flesh of Jesus and nailed Him to a cross.

One senses God’s deliberate plan in Philippians 2:6–11, a concise summary of redemption’s story.

The account begins with Christ’s eternal status of equality within the Godhead. It transitions to His earthly sojourn by stating that He entered human existence in the likeness of a man. The wording indicates that He added humanness to His deity. His humble arrival as Israel’s long-awaited and promised King received little recognition from the world He came to save.

Someone has said, “Salvation is free, but it isn’t cheap.” The story of redemption reveals the sinfulness of mankind. In our natural state, we are born as haters of God. Because of our sin, we all put Jesus on the cross. The simple words “even the death of the cross” speak of a horrible death, but they do not completely describe His full suffering as the sacrificial Lamb. As the hymn states, “There is a fountain filled with blood, drawn from Immanuel’s veins.”

Mission accomplished! The redemptive Lamb is now highly exalted and in His rightful position once again at the right hand of the Father’s throne. He has been given a name that is above every name. It is from this exalted position that the Lamb will function as a judge against all who reject Him and His payment for their sins. It is from this position that Jesus functions as our advocate and is our propitiation (1 John 2:1, 2). The blueprint was fulfilled!

Next post Families Benefit from Parenting and Marriage Seminar in Togo