World News March 5: The Department of Justice is saying that children do not need—and have no right to---mothers. Read more about this and other news. 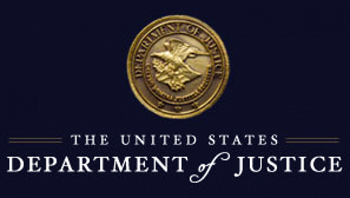 The Department of Justice is saying that children do not need—and have no right to—mothers, reports cnsnews.com. The Justice Department’s argument on the superfluity of motherhood is presented in a brief the Obama administration filed in the case of Hollingsworth v. Perry, which challenges the constitutionality of Proposition 8, the California ballot initiative that amended California’s Constitution to say that marriage involves only one man and one woman. The Justice Department presented its conclusions about parenthood in rebutting an argument made by proponents of Proposition 8 that the traditional two-parent family, led by both a mother and a father, was the ideal place, determined even by nature itself, to raise a child. The Obama administration argues this is not true. It argues that children need neither a father nor a mother and that having two fathers or two mothers is just as good as having one of each. “The [California] Voter Guide arguably offered a distinct but related child-rearing justification for Proposition 8: ‘the best situation for a child is to be raised by a married mother and father,’” said the administration’s brief submitted to the court by Solicitor General Donald B. Verrilli Jr. “As an initial matter, no sound basis exists for concluding that same-sex couples who have committed to marriage are anything other than fully capable of responsible parenting and child-rearing,” the Department of Justice told the court. “To the contrary, many leading medical, psychological, and social-welfare organizations have issued policy statements opposing restrictions on gay and lesbian parenting based on their conclusion, supported by numerous scientific studies, that children raised by gay and lesbian parents are as likely to be well adjusted as children raised by heterosexual parents.”