The Paralysis of the Fear of Man 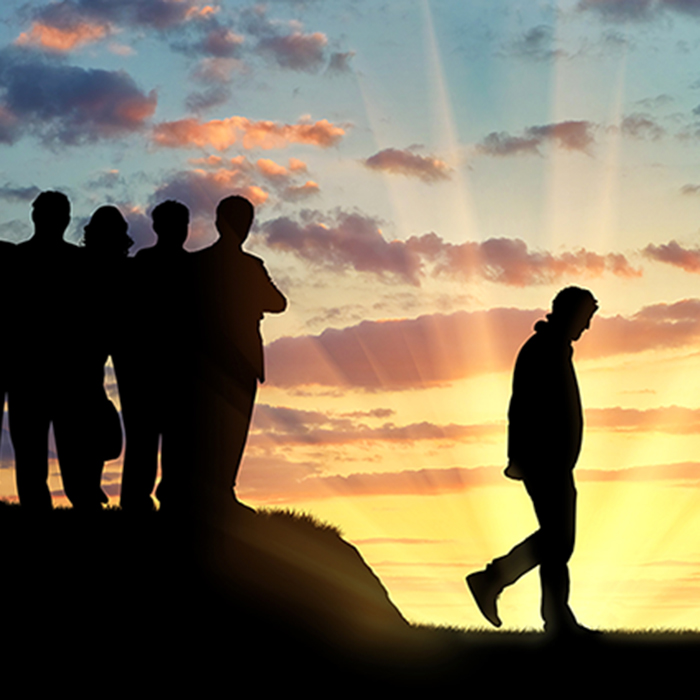 It’s easy for us to stand at a distance and throw stones at Peter for denying Christ, and to claim that we would do better than he. But have you ever squandered a clear opportunity to testify about Jesus? Truthfully, I can relate to Peter, because I too have confessed that Jesus is the Messiah, but at times, I am paralyzed by the fear of man.

The Bible has a lot to say about our fear of man, giving numerous examples of people (both believers and unbelievers) who at times were driven by this fear: Adam, Abraham, Isaac, Lot, Jacob, Moses, Aaron, Samson, Saul, David, the Pharisees, Peter, Ananias and Sapphira, etc. Why is the fear of man such a strong motivation for us? Why are we driven by what other people think about us? Why are our choices motivated by the danger that might come from other people?

Jesus offers three answers in Luke 12:1–12. Before we consider the text, a definition of the fear of man might be helpful. Fear of man can be described as a heightened awareness of self that comes because of a possible threat. When we fear man, we are most worried about what someone may do to us.

It is in this setting that Jesus speaks to the crowd in order to calibrate their thinking regarding their fears. Jesus makes His point with six verbs that take the force of a command:

These verbs can be summarized into three main reasons why we fear man more than God:

We Focus on the Temporal

The first reason that we fear man more than God is that we have our eyes fixed on that which is passing away (vv. 1–5). The hypocrisy of the Pharisees and Scribes was motivated by their fear of man. They looked and acted as if they were strong, when in fact, they were weak. Consider John 12:41–44:

These things Isaiah said because he saw His glory, and he spoke of Him. Nevertheless many even of the rulers believed in Him, but because of the Pharisees they were not confessing Him, for fear that they would be put out of the synagogue; for they loved the approval of men rather than the approval of God.

Specifically, in Luke 12:1–3, disciples of Jesus must be motivated by God’s final judgment: “There is nothing covered up that will not be revealed, and [nothing] hidden that will not be known” (v. 2). The religious leaders lived as if this life was all that there were to live for. We disciples must not fall into the same trap. God will expose the sin of hypocrites.

Relatedly in verses 4–5, disciples of Jesus must recognize that there is a greater death than physical death. One of the reasons that we fail to testify about Jesus is because of what man can do to us. But Jesus wants us to consider these threats in their proper perspective. What is the worst that people can to do us when we testify about Jesus? They can kill our body. Anticipating that fear, Jesus says, “After that [they] have no more that they can do” (v. 4). In contrast, there is Someone Whom we should fear more than man. There is a God Who can destroy both our body and our soul in hell forever. Therefore, we should fear Him most of all. “Fear the One. . . . Yes, I tell you, fear Him!” (v. 5). Following Jesus demands that we have an eternal perspective.

We Ignore our Value Before God

The second reason that we fear man more than God is because we forget God’s care of us (vv. 6–7). God does not forget His children; they are precious in His sight (cf. 1 Pet. 3:4; Isa. 43:1–4). Jesus wants us to know that no one cares for us more than God. In order to prove this, Jesus uses an argument of lesser to greater. Humans sell sparrows for next to nothing. And yet God knows and cares about objects that we virtually discard. In comparison to sparrows, we are His image-bearers and the objects of His redemption. If God’s eye is on the sparrow, we can be certain that He knows and cares for us (cf. v. 7). Our heightened fear of man often rises out of our failure to remember our identity as a child of God. Following Jesus demands that we remember our value before God.

We Fundamentally Deny the Work of the Spirit

The third reason that we fear man more than God is because we fundamentally deny the work of the Spirit, either by mocking His work (vv. 8–10) or by ignoring His power to come to our aid (vv. 11–12). I would argue that these two promises are not meant for us directly. They were meant for Jesus’ immediate audience. However, we certainly can discern implications for how we should respond to the work of the Spirit.

Those who turn away from Jesus and mock the Spirit of God evidence the reality of their rejection. The Jewish religious leaders of Jesus’ day had the very Son of God in their presence. They heard His teaching and saw His miracles, and yet they clearly denied His deity. In doing so, they blasphemed the Holy Spirit and abandoned every possibility of being forgiven by God. Jesus promised them that because of their clear rejection, they should not be surprised when the Son denies them before the Father. Like them, in the midst of persecution, we too are tempted to reject the work of the Spirit. The Holy Spirit of God will not be mocked.

Jesus also promised that the Spirit would help the disciples by giving them special revelation in the midst of persecution (vv. 11–12). Therefore, the disciples should not despair in those times. While this promise was not directed at believers today, we do have the guarantee of the Spirit’s abiding presence within us (Eph. 1:13–14). And we must not ignore His power at work.

So how will we do the next time that we are given the opportunity to testify about Jesus? Will we crumble under the pressure of our improperly placed fears (“I do not know this Man”)? Or will we consider ourselves in light of Who God is and fear Him most of all? He is our final judge, our loving companion, and our immanent helper.