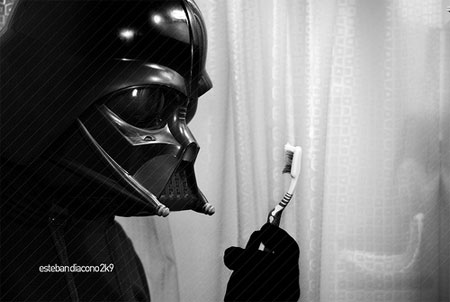 "The force is strong with this one."

Anyone who is reading this blog is well aware that technology is constantly changing and rapidly becoming more and more a part of both Christianity and culture. In fact, the latest and greatest thing in the church growth movement is the concept of the “virtual church“—online meetings of Christians for “worship” and “fellowship.”

But if you have any doubts about the changes technology is bringing to our world, you should be sure to read the recent CNN article “Why Games Will Take Over Our Lives.” The author  interviewed a game designer and college professor and discussed the following:

CNN: Why are we attracted to games?

One of the main things that’s appealing about games is that you know a game can be won. It’s an unusual game that’s impossible to win.

The game presents you with challenges that can be met, and then it congratulates you on your successes at those challenges. It’s a thing we don’t get everyday in life.

Have you as a church leader had to deal with people whose lives have been taken over by games? What effect do you think this new technology will have on our spiritual lives?

Next post An Exercise in Separation Otherwise Known as Discernment