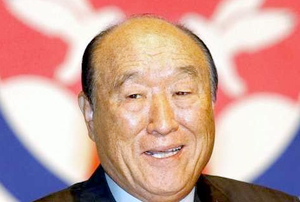 Rev. Moon Sun-myung, who called himself the “messiah” and founded a global religious movement as well as far-flung business interests, died Monday at his Unification Church complex east of South Korea’s capital Seoul surrounded by family members and well-wishers, reports news.yahoo.com. Famed globally for his cult following of “Moonies” dedicated to worshiping him as a savior of mankind, Moon came to be known for presiding with his wife over mass weddings of couples whom he had united on the basis of photographs and brief life stories. He also built up a global commercial empire, founding the Washington Times 30 years ago along with newspapers in Seoul and Tokyo and numerous other enterprises in fields ranging from publishing to tourism to fishing. Moon leaves behind a struggling and divided religious and business empire with tentacles spreading from Korea to Japan, the United States, South American, and Europe. The question now is whether the empire can overcome divisions among sons and daughters and regain the strength of its glory days in the 1960s and 1970s as a religious and commercial force. Moon’s wife, Hak Ja-han, whom he married 10 years after fleeing captivity in North Korea in the Korean War and walking 300 miles to the South Korean port of Pusan, was at his side along with many of their sons, daughters, and grandchildren when he passed away at age 92. The Moons had seven sons and seven daughters. Moon also had another son by his first wife, whom he divorced shortly before marrying Hak Ja-han, and other children in extra-marital relationships.