World News Feb. 14: President Obama announced a change in the way that employees of religious organizations will receive free contraceptives, but it fell short of what is needed to protect religious liberty. Read more about this and other world news. 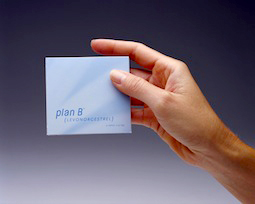 President Obama announced Friday a change in the way that employees of religious organizations will receive free contraceptives that can cause abortions, but it fell far short of what is needed to protect religious liberty, say evangelicals and Catholics, reports Baptist Press. The controversy began when the Department of Health and Human Services in January finalized a rule requiring private insurance plans to cover all FDA-approved contraceptives, including “emergency” ones such as Plan B and “ella” that can block implantation and kill the embryo—an action that pro-life groups and many Christians view as an early abortion. The drugs would be free for employees and be covered as part of the health care law’s goal to offer free preventive services. The HHS rule included an exemption for most churches, but that exemption does not cover Christian colleges and schools or faith-based hospitals and social service programs. Programs such as Catholic Charities, Prison Fellowship, and the Southern Baptist Convention’s GuideStone Financial Resources would be affected. Obama said Friday that the burden on providing emergency contraceptives would fall on insurance companies, and that the coverage still would be free. “If a woman’s employer is a charity or a hospital that has a religious objection to providing contraceptive services as part of their health plan, the insurance company—not the hospital, not the charity—will be required to reach out and offer the woman contraceptive care free of charge without co-pays and without hassles,” Obama said. “The result will be that religious organizations won’t have to pay for these services and no religious institution will have to provide these services.” Religious leaders, though, were not pleased, and said the same problems with religious liberty remained. “It is an attempt to deal with a matter of religious conviction with an accounting gimmick,” Richard Land, president of the Southern Baptist Convention’s Ethics & Religious Liberty Commission, told Baptist Press. O. S. Hawkins, president of GuideStone Financial Recourses, called it an “approach that does not address the issues at hand for Southern Baptists who oppose so-called contraceptives that can and do cause an abortion.” GuideStone provides health insurance coverage to 60,000 people, including pastors and missionaries. “The President’s statement today,” said Hawkins, “is an insulting affront illustrating a basic lack of understanding that this issue will not be solved by sleight-of-hand word games.”