World News March 12: Leaders at this past week's National Religious Broadcasters conference warned that Christians may soon be forced to practice civil disobedience. Read more about this and other news. 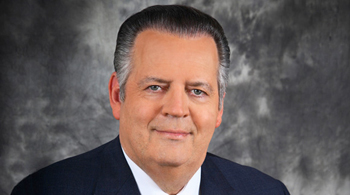 Leaders at this past week’s National Religious Broadcasters conference warned that Christians may soon be forced to practice civil disobedience, reports cbn.com. Southern Baptist leader Richard Land and NRB board member Janet Parshall cited same-sex marriage and President Obama’s birth control mandate as reasons why. Land said those issues are non-negotiable, even at the cost of paying fines and going to jail. Parshall said today’s Christians may have to decide whether to “bow our knee” to government or to God. The U.S. Supreme Court will consider cases filed by supporters of same-sex marriage this month, and dozens of lawsuits have been filed against the contraceptive coverage mandate. Meanwhile, NRB President Frank Wright warned that Christian broadcasters’ religious freedom is at risk. Wright urged this year’s convention goers in Nashville to unite to defend their right to spread the gospel. He warned that Biblical teachings are being dubbed hate speech—and there’s growing potential for discrimination lawsuits against Christian organizations for refusing to hire non-believers. Wright told leaders, “Restrictions on religious freedom anywhere are threats to religious freedom everywhere.”