World News Feb. 21: The contraceptive mandate harms not only Baptists and other religious adherents, but all Americans, says a Southern Baptist ethicist. Read more about this and other world news. 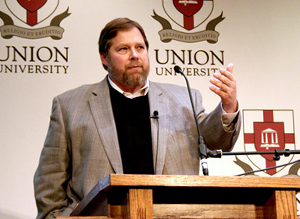 The Obama administration’s mandate that health insurance plans cover contraceptives that can cause abortions harms not only Baptists and other religious adherents, but all Americans, says a Southern Baptist ethicist told a congressional panel Thursday, reports Baptist Press. Their comments came during a four-and-a-half-hour hearing on the federal rule’s impact on freedom of religion and conscience before the Oversight and Government Reform Committee of the House of Representatives. Ten representatives of Protestant, Catholic, and Jewish bodies spoke in opposition to the mandate and what critics describe as its lack of sufficient religious and conscience protections for houses of worship, religious institutions, and individuals. C. Ben Mitchell of Union University told the committee the rule “is an unconscionable intrusion by the state into the consciences of American citizens.” “Contrary to portrayals in some of the popular media, this is not just a Catholic issue,” said Mitchell, Graves professor of moral philosophy at the Baptist school in Jackson, Tenn. “All people of faith—and even those who claim no faith—have a stake in whether or not the government can violate the consciences of its citizenry. Religious liberty and the freedom to obey one’s conscience is also not just a Baptist issue. It’s an American issue enshrined in our founding documents.” Mitchell, along with others, added his voice to the growing public dissent by Southern Baptists against the “contraceptive mandate,” that health plans must cover contraceptives and sterilizations as preventive services for employees.