Are You a Doer or Just a Reader?

There is no satisfaction on earth as great as that which comes when you get out of your chair and go do something in Christ’s name. 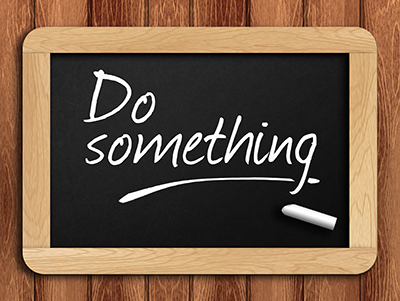 It was the first evening of our big Christmas musical. The building was filling up with people to celebrate Christ’s birth. There was a happy, excited buzz in the air. People were dressed for Christmas. Here at Evangel the Christmas musical is pretty serious business. The choir works hard, memorizes their music, and uses special lighting, drama, sets, and video. It’s a big deal.

A few minutes before the musical began, I got a text from my son, Daniel. He is a second-year student at a Bible college in Grand Rapids, Mich. The text said, “Do you have time for a story?”

The program was to start in 10 minutes, but I love a good story like a farmboy loves mashed potatoes and gravy.

He was jubilant as he told me his story:

Dad, I just had the neatest experience. I was reading Randy Alcorn’s book The Treasure Principle. I’m reading it for a class. But this evening when I finished reading it, I just wanted to give something, but I really don’t have any money.

I thought about the cookies that are left over in the school cafeteria. I went over and asked the cook, “Could I have the leftover cookies?”

He said, “Well, the deal is you have to eat your food in the cafeteria.”

They’re not for me, I said. I want to give them away to people on the street who might be cold and hungry.

“‘I see. I’ll tell you what I’ll do. You give me 30 minutes and I will have seven dozen fresh-baked cookies for you to give away.”

A couple girls heard about the plan. They went to the school cafeteria to help bake the cookies.

Dad, when I went to pick up the cookies, he had them in nice containers and he had four gallons of hot cocoa for us to give away with the cookies.

I didn’t really have any gas in my car, but Kodie, my roommate, had some, so we took his car. We went where he fishes, because there are often homeless people there, but no one was there. I think it was too cold. We couldn’t really find anyone. We drove around downtown but couldn’t find anyone. We decided that we were in an area with too many nice restaurants. We kept looking until we came on a long line of people waiting outside a rescue mission.

We were nervous. We got out of our car and started toward them.

Suddenly it was like a big Christmas party. People were laughing and talking and eating cookies and drinking cocoa. One man came up to me and said, “Do you mind coming over here?”

I followed him. He had two small children and they were huddled in a doorway to keep out of the cold wind. They eagerly took the cookies and cocoa and thanked us.

In just a few minutes we were out of cookies and cocoa and we turned to walk back to the car.

Dad, as we drove away, there was a huge chorus of people shouting “Merry Christmas!” I had the warmest feeling in my heart.

I thanked Daniel for the story and went in to celebrate Christmas with the church family.

There is no satisfaction on earth as great as that which comes when you get out of your chair and go do something in Christ’s name. It’s fulfilling when you start doing what you’ve been reading about.

Next post Are You A Doer Or Just A Reader?