World News March 6: After vicious storms ripped through the South and Midwest, stories of survival and God's protection have begun to emerge. Read more about this and other world news. 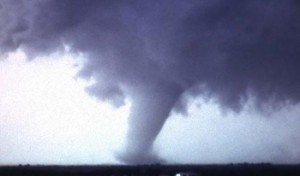 After several vicious storms ripped through the South and Midwest, killing almost 40 people and leveling buildings, stories of survival and God’s protection have begun to emerge amid ongoing rescue efforts, reports The Christian Post. Storms left 19 people dead in Kentucky, 14 in Indiana, three in Ohio, and one each in Alabama and Georgia. The occurrences of deadly tornadoes that began Friday and continued into the weekend also affected about 17 million people from Texas to Indiana to North Carolina. Kenneth and Jeanene Jett of Kentucky learned about an approaching storm when they returned to the parsonage from an hour-long trip out of the city. Having seen a warning on television, the pastor yelled to his wife that they needed to take shelter in the basement of the church next door. Two church members who were cleaning the church and a neighbor joined them. As they ran for the basement stairs, they could see the funnel cloud approaching. “I just heard this terrific noise,” Jeanene recalled. “The windows were blowing out as I came down the stairs.” The building collapsed, but they were able to get out through a basement door. They sustained only minor injuries. Todd and Julie Money, residents of Scottsburg, Ind., are also thankful. As their house didn’t have a basement, they fled to the basement of a friend’s restaurant when a tornado struck. A school bus parked nearby was tossed several hundred yards into the side of the restaurant. “Unreal. The pressure on your body, your ears pop, trees snap,” Todd Money said. “When that bus hit the building, we thought it exploded.” Julie Money added that it was “petrifying.” “God put us here for a reason,” she said. In Henryville, Ind., the principal of an elementary school is thanking God for protecting about 40 students who couldn’t go home and prayed as twisters approached, according to CNN. “It’s a blessing. We praise God” that no one was hurt, said the principal, Glenn Riggs.