For twenty years the Afghan people have been told that they now will be free. Schools built. Promises made. However, all of those things have changed over one long weekend. 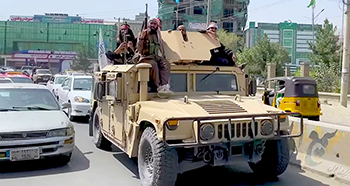 Reading, listening, and watching the news this week collectively breaks all our hearts. After twenty years, trillions of dollars, and lives lost, the United States continues to pull out of Afghanistan. Any of us can argue a political opinion reflecting our observations over four administrations; however, what has taken place this week is an absolute failure. Over 10,000 Americans are still in Kabul and cannot get to the airport. Women, girls, and Christians face incredible persecution. We collectively gasp at Afghanistan’s heartbreaking story.

Don’t Fall for the Politics

We cannot sit in our homes, on our laptops, and in the well-defended safety of this land and pass judgment on what we do not know over there. I’ve heard individuals blame the weakness of the military there, and their lack of willingness to fight. On the contrary, I have also heard explanations of what happened this week by those who should know. The reality is this: we can’t ignore the human carnage there, while blaming it on the Afghan military or leadership—even if those things are true we can’t ignore the suffering and justify it.

However, the story is more complicated and layered than what you will hear from a spokesperson at a podium. The bottom line: don’t buy into the politics of it. Politicians seek to cover, hide, and work a personal agenda. With this kind of disaster unfolding, experience tells us to expect to hear some resemblance of truth without hearing the truth—even though we would like to believe what we hear. Video evidence, people on the ground, and a little research reveals a much more complicated story.

Pray for Our Fellow Americans Who Wait to Evacuate

As this story unfolds, we understand that there are around 10,000 Americans outside the secured airport zone. The government has offered to fly them home if they get to the airport. Friends, with the Taliban controlling the streets, these Americans may be in real danger. Video footage coming out of Kabul reportedly shows Taliban beating people trying to get to the airport.

Our fellow Americans face immediate danger. Please pray for these individuals who have family here who are wondering whether or not their loved ones can make it home. The Taliban regularly release statements with the simple message, “Death to America.” What do we expect will happen with these Americans?

Pray for Fellow Pastors and Christians Who Face Persecution

Many reports out of Afghanistan report the Taliban have sent letters and other communication to pastors and Christians that they know who they are and are coming for them. Josh Manley reports that pastors have gone into hiding because of the danger. Public beatings, stoning, and public executions were common. Even as the Taliban have swept back through Afghanistan, carnage reigns.

Please pray for these fellow Christians. Pray that God would physically protect them, spiritually strengthen them, and financially provide for them. Our missionaries in near countries listen to them as they cry out for help. These people are both fellow humans and fellow Christians. Heartbreaking.

Pray for the Afghan People

For twenty years the Afghan people have been told that they now will be free. Schools built. Promises made. However, all of those things have changed over one long weekend.

Friends, pray for these people! More than good living, education, and free elections, these individuals need the hope of Jesus Christ. The Taliban makes the possibilities of sharing the gospel incredibly difficult.

Again, this isn’t politics; these are people.

Kevin Carson is pastor of Sonrise Baptist Church, Ozark, Missouri, and department chair of Biblical counseling at Baptist Bible College and Theological Seminary, Springfield, Missouri. You can follow him on Twitter at @pastorkevinc. This article was first posted to kevincarson.com and is reposted here by permission.