World News June 5: A measure to ban abortions based on the sex of a child failed to earn enough support in the House. Read more about this and other world news. 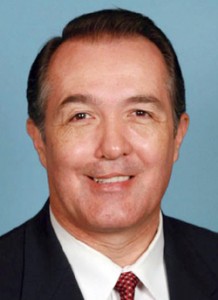 A measure to ban abortions based on the sex of a child failed last Thursday to earn enough support in the House, reports The Washington Post, and abortion opponents said they plan to use the vote to paint Democrats as disingenuously supporting women’s rights because they voted against a bill protecting unborn baby girls. The bill’s chief sponsor, Rep. Trent Franks (R-Ariz.), said his legislation would help fight “a war on unborn little girls,” noting that roughly 200 million abortions around the world can be tied to the practice of “sex-selective abortions,” which are more common in Asian and Eastern European countries. Ahead of the vote, the White House said President Obama opposed the bill because it would intrude on women’s abortion rights and would be hazardous for doctors who perform abortions. In response, Franks called Obama “the abortion president” because “there has never been a more pro-abortion leader in the White House in the history of the United States.” Before the vote, Franks conceded in an interview that the measure would probably fail, but said, “I think we’re doing the right thing strategically” by forcing Democrats to vote against it. The anti-abortion measure is part of a broader summer-long strategy by Republicans to hold votes on legislation with little chance of consideration in the Democratic-controlled Senate that should nevertheless generate support among conservative and independent voters. Most of the bills are tied to Republican attempts to boost job creation or to repealing portions of the 2010 health-care reform law. Several nations, including Canada, the United Kingdom, Germany, and France, ban sex-selective abortions. The United States has no such law, even though the State Department has published reports critical of other countries, including China, for widely accepting the procedure. Sex-selective abortions are so common in some Asian and Eastern European countries, including China, India, Armenia, and Serbia, that the number of boys being born is much greater than the number of girls, according to the Guttmacher Institute, an abortion rights research center. Efforts to combat sex-selective abortions are more active at the state level. Eight states have introduced measures this year to ban the procedure, and three states—Arizona, Pennsylvania, and Oklahoma—ban sex-selective abortions. A similar law in Illinois was scrapped by state courts.