Abortion: Is This Really a New Problem?

Recently released videos by The Center for Medical Progress have brought to light some of the more egregious atrocities committed by Planned Parenthood in the name of women’s health and medical research. 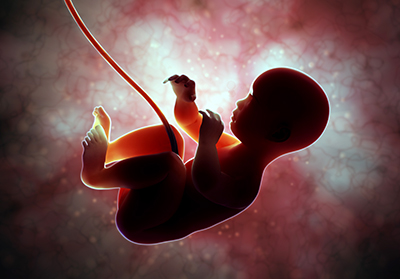 Recently released videos by The Center for Medical Progress have brought to light some of the more egregious atrocities committed by Planned Parenthood in the name of women’s health and medical research. Anyone with a functioning conscience who has watched these videos has been sickened by the depth to which our culture has sunk in allowing this kind of activity to take place unchecked. Apparently there are more videos to come, but in time the news cycle will run its course and both journalists and politicians will move on to other issues. Hopefully, in response to public outcry, Planned Parenthood will be called to account for its actions and meaningful steps will be taken to reduce the number of abortions performed in America, but at this point that remains to be seen. I’m not holding my breath.

Reading the news, one could get the impression that abortion is a fairly recent issue, perhaps something that has only been common since 1973 or so. But unfortunately, such is not the case. Abortion has been around for thousands of years.

One of the earliest references to abortion is found in an Egyptian papyrus that was written well over a thousand years before the time of Christ. Dated about 1550 B.C., the Ebers Papyrus is a medical document that describes ancient remedies for a wide variety of ailments. It contains advice on how to cure everything from asthma to tapeworms. Among such remedies, the document includes several herbal recipes for causing the abortion of an unwanted child. Writing a bit closer to the time of Christ, both Plato and Aristotle recommended abortion under certain circumstances for the “good” of society (Republic 5 [460], Politics 7.16 [1335b]). And in the first century, Pliny the Elder (A.D. 23–79) listed various substances which were commonly used in his day as abortifacients (Natural History, passim).

So abortion is not a new issue. It wasn’t even particularly novel in the first century. Various methods of causing an abortion had been in use for a long time before Christ walked the earth. But what did the earliest Christians think of such practices? Were they ambivalent or did they express definite opinions about the morality of abortion?

A number of early Christian documents specifically mention the practice of abortion. Two of the earliest such documents are usually classed among the Apostolic Fathers. Dated fairly close to A.D. 100 and sometimes referred to as The Teaching of the Twelve, the Didache claims to preserve both oral and written teachings of the 12 apostles. The Didache begins with the following statement: “There are two ways, one of life and one of death, and there is a great difference between these two ways” (1.1). The text then goes on to give instructions about how to live in the “way of life.” After exhorting readers with the dual command to love both God and neighbor, the document gives some specific instructions about the implications of loving one’s neighbor. Among these instructions, we find the following command:

In this context, the Didache places abortion alongside infanticide and seemingly views these actions as belonging to the same category. More importantly, it commands God’s people not to engage in such activities. Just a few paragraphs later, the text describes the way of death as being followed by those who are “murderers of children” (5.2). The Didache speaks rather clearly to the moral status of abortion.

The Epistle of Barnabas was almost certainly not written by Paul’s companion. Nevertheless, internal evidence suggests that it was produced around the beginning of the second century. Like the Didache, it provides another example of early Christian teaching about the Two Ways. In his description of the way of light, Barnabas speaks about the practice of abortion. He writes, “You shall not abort a child nor, again, commit infanticide” (19.5).

Again, abortion is placed alongside infanticide and is described as something that is wicked. In place of such behavior, the author exhorts his readers to fulfill their responsibilities to care for their children and to bring them up in the way of the Lord (19.5; cf. Didache 4.9).

In addition to these statements from early Christians, numerous Biblical passages give principles that lead modern-day Christians to view abortion as the sinful taking of an innocent human life (e.g., Job 31:15; Psalm 22:9–10; Psalm 139:13–16; Luke 1:15). As seen above, the Didache and the Epistle of Barnabas reveal a very early Christian conviction that abortion is morally wrong and is essentially equivalent to infanticide. Such documents demonstrate that Christians strongly opposed the practice of abortion many centuries before the development of modern political parties or the advent of YouTube videos.

Abortion is not a partisan football to be tossed around for the sake of political points. It is first and foremost a moral issue. But because abortion is an important moral issue about which God has spoken clearly, it should impact the way Christians exercise their civil responsibilities and their legal opportunities to speak up against evil. To see such wickedness and say nothing is itself evil.

Relevant Resources:
O. M. Bakke, When Children Became People: The Birth of Childhood in Early Christianity
Michael Gorman, Abortion and the Early Church: Christian, Jewish, & Pagan Attitudes in the Greco-Roman World
Michael Holmes, trans. and ed., The Apostolic Fathers in English
John Riddle, Contraception and Abortion from the Ancient World to the Renaissance
John Riddle, Eve’s Herbs: A History of Contraception and Abortion in the West

Next post Abortion: Is This Really a New Problem?