Too Small or Too Big? 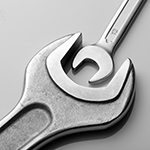 The second error is committed by varieties of people who wish to “front-load” the gospel with their pet doctrines and theories. An example is those folks who insist that we do not have God’s Word unless we have all of God’s words, and that we have all of God’s words only in their particular version of the Bible. At the opposite end of the theological spectrum, representatives of the emergent church make a similar mistake when they try to include social, psychological, or environmental concerns as part of the gospel.

Next post Greg Gilbert: How 'Gospel Centered' Can Change Your Church