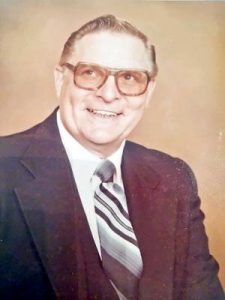 Bill was a 1955 graduate of Baptist Bible Seminary. He pastored several churches in Michigan, Indiana, and Ohio and was interim pastor at several churches in northeast Ohio. After retirement, he served as executive director of Skyview Ranch; was chaplain, activity director, and social services director for Castle Nursing Home in Millersburg; and was resident manager at Sunshine Villa, also in Millersburg.

A loyal Indians and Browns fan, he ushered games for six years at Cleveland Municipal Stadium, including the 1948 World Series.

Bill was a member of Millersburg Baptist Church. He enjoyed playing the trombone and piano and leading congregational singing.

He is survived by his wife, Lois; four children, Joy Peterson, Donna, Brantly, and Bill; eight grandchildren; and two great-grandchildren.