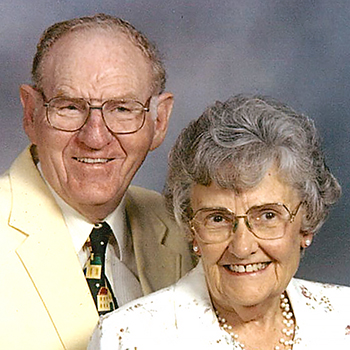 At Bible Baptist Church Wayne was senior pastor from 1965 to 1984 and assistant pastor until 1992, when he retired. He also hosted a daily radio program, The Word for Today’s World.

Martha served not only as her husband’s assistant in their churches but also as a choir director. The couple also took missions trips to Jamaica, Haiti, and the Dominican Republic.

Wayne had the gift of evangelism, and it was not uncommon for him to lead someone to the Lord while standing in line at a grocery store or while he was flying a kite on a beach in Florida.

Wayne and Martha are survived by their children, Dianne Mitchell, Scott, Mark, and Brent; seven grandchildren; and 19 great grandchildren.