Wilbur Frank Hartwig, a longtime missionary, died Feb. 25. He was 86. 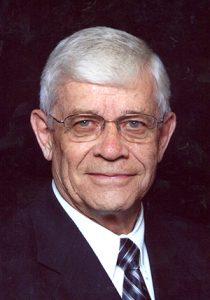 Frank accepted Christ as his Savior as a young married man living in northwest Indiana and shortly thereafter led his wife to Christ. He attended Moody Bible Institute’s evening school for one year and transferred to Grace College in Winona Lake, Indiana. He graduated with honors with a BA in communication skills and Bible.

Frank became a church planter in the Philippines with the Association of Baptists for World Evangelism. For four years he served in field evangelism, youth ministry, and seminary teaching. And for seven years he recruited missionaries for ABWE on college campuses across North America while ministering in several countries around the world.

Following his ministry with ABWE, Frank headed the Missions Department at Piedmont Baptist College for eight years. While there, he completed an MRE with highest honors at Grand Rapids Baptist Seminary, took graduate courses at Liberty Baptist Seminary, and studied under the Doctor of Missiology program at Trinity Evangelical Divinity School.

Returning to ABWE, Frank directed Goroka Baptist Bible College in Papua New Guinea for one year. On Jan. 1, 1989, he became director of publications and editor of ABWE’s Message magazine at the organization’s world headquarters in Cherry Hill, New Jersey. The following January, he ministered briefly in Romania during the final days of the revolution and overthrow of the communist government. And in January 1991, he took a team of photo and print journalists from ABWE to survey missions work on the upper Amazon River of Colombia and Brazil.

Frank became the first president of Baptist Church Planters in July 1992. Under his leadership, says Baptist Church Planters, “missionaries, churches, and many of God’s people rallied to construct a debt-free facility that would serve the agency’s needs.” On Jan. 1, 1997, he became president of Spurgeon Baptist Bible College. The next year he returned to Piedmont Baptist College to teach and joined a new mission board, Baptists Equipping Nationals, with whom he traveled to Egypt to teach. Over the years Frank also traveled several times to Bangladesh to teach, representing Piedmont Baptist College.

“Frank was a great example of someone who could reach across several generations and connect with someone much younger and still make a compassionate and meaningful impact,” says his pastor, Tim Gross.

In 1958 Frank wrote the following poem:

Has set me free,

Next post Need for Repairs Results in Reupholstery Party